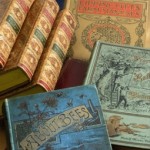 I Love Slurping Fondue from my Crock Pot 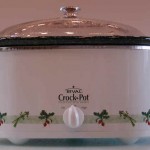 Special to The Brutal Times, By Bradley Meyer – I was hating every single moment of my life until I found my fondue crock pot on the street in front of my neighbor’s house.

That crock pot, once cleaned off and packed with thick translucent fondue goo has knocked me on my keister and wrapped its dripping hot salty tentacles around my mind. 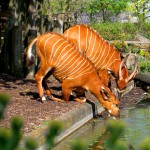 By Smia Oots, LONDON – As members from the G-20 gathered up their satchels and moved their drinks carefully away from table edges and other popular spill zones British Prime Minister Gordon Brown shock-rocked fans with new that animals will get their own Internet by 2010. 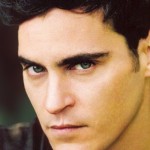 By Connie Roe, Special to the Brutal Times, BUFFALO – Hey Brutal Times, I was wondering. You got that Chef Otto, right? Could you ask him what Joaquin Phoenix is eating these days?

Boy, I think that guy has problems! He’s gotta be eating something downright strange. That would account for his wacky behavior on all those shows. 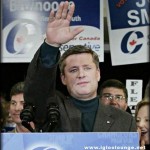 By Marshall Stack, TORONTO – As winter whips its icy way through this Eastern Canadian business capital the only thing that can match the plummeting market descent are the near -100 degree C plummeting temps. And the only place to warm your balls may be the nearest local pub.

But wait. Someone is knocking at the door. Could it be – anarchy?

By Smia Oots (with InfoSandwich News Services) SAN FRANCISCO – Reports are everywhere on the Web this morning speculating that a Bay area man has paid twice for the same meal.

The man who is as yet unidentified bears little or some resemblance to reclusive hip hop singing sensation Eminem.