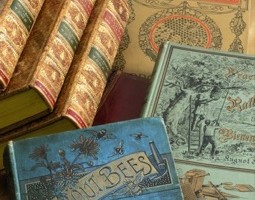 “More and more people including tops and bottoms are turning off their Internet machines, and getting turned on to their boring local library,” added Druck Abbott 16, a hedge fund manager for Goldman Sachs.

“I needed to use the washroom so I ducked into the libary,” explained Melissa Falls, 31, who refused to give her occupation because she believes the media is working for the government to track folks.

Other San Franciscans were filled with so many reasons for their switcheroo that it’d fill a 29,000 page book or it could be like a blog entry or something. Here are the top 9, with the most important reason listed at the top, or at the bottom if you’re reading this while standing on…ha ha ha…your head…oh ho ho ho ho ho…ah ha ha ha ha:

1. I refuse to answer your question on the grounds that you’re using the info to help the government track me.

4.How can you kill the Internet?

6.It’s just not the same since Steve Jobs left.

9.Could you step over here please sir?

Sweet little Daemon Mailer invented the internet in his garage while he was trying unsuccessfully to invent the first rental video store. Like the rest, Daeme is also making moves to cash in on BT's success and avoid eating peanut butter out of a jar livin' in his car the rest of his life. All during the night as he wiggles to an 'fro, some kinda machine records his thoughts, churning out a pile o crud to be compiled in the forthcoming tome, “I am Spam.”
View all posts by Daemon Mailer →
This entry was posted in Disco Island, Exclusive! and tagged barista, daemon mailer, goldman sachs, haight-ashbury, ipod touch, libraries, pizza, san francisco, the brutal times, the Internet, the whopper, union square. Bookmark the permalink.

One Response to Libraries are Killing the Internet