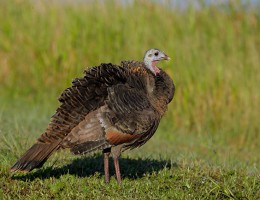 By Smia Oots, HOLLYWOOD – As more and more clones move into the neighborhood and take jobs belonging to identical twins a growing echo of whining is spiraling out of control in online chat rooms and some of the worst-kept public rest rooms in the city.

Clones, invented by Toyota in the ’80s before you were born, are taking our jobs and sexually pleasuring our heterosexual girlfriends.

“The clones come in at night, they park their hotrods, and then before you can say ‘Coldplay’ they’re humping your GF, listening to your favorite Radiohead jam,” ejaculated Mary Sisk, 49, who was eating a chicken sandwich as she spoke to me on the bus. “This is my stop,” she went on. “I have to get off.”

Identical twins, long accustomed to the limelight, with its perks of more legroom, always being greeted with a supplicating smile, and valet parking, have seen their privileges evaporate as more and more clones come on the scene.

“Their privileges are evaporating,” confirmed Mia Poppe, 21, a philosophy student at The University of Tokyo. “People can’t tell them apart,” she went on.

You wanna get high?

Derrick Jimo, 28, is a subway vigilante whom pounces on clones and some identical twins by mistake.

Have you tried channeling that anger into an artistic  pursuit, like punky music, or fingerpainting?

“Hey, you know what? You look like somebody….You got a brother or sister?”

Easy, Jetstream. I got dipsomaniac immunity.

“Clones are being singled out for being different,” says clone booster Billy, 6. “People can’t stand difference and so they try to nuke it,” he went on.

“If you gimme five dollars I can make it stop,” Billy insisted, kicking my bad leg, but looking in another direction so for a second I thought he wasn’t doing it and like maybe I was even kicking myself.

Smia Oots is a free-floating wild card racked up on painkillers and an automated sequence of commands who came to Tokyo to pursue her interest in social drinking. Always in search of new moments that can only live on in recollection, Oots asks we put the Enlightenment behind us, stat.
View all posts by Smia Oots →
This entry was posted in Hollywood Pap and tagged billy, clones, coldplay, goldman sachs, hollywood, identical twins, radiohead, ruffle feathers, smia oots, subway vigilantes, the brutal times, toyota, university of tokyo. Bookmark the permalink.