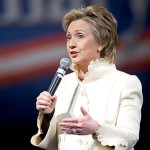 A Penetrating Look Inside McCain 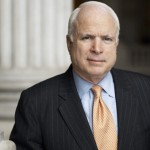 By Barry Hussein, TEXAS – Maverick Arizona senator and recent candidate for US president John McCain is hard at work applying the finishing touches to his tell-all campaign trail memoir, “Inside McCain”, due out this Christmas.

After McCain fell asleep last night at his standing desk (that’s right – he sleeps upright) I sneaked round him and by tongs pulled the moist manuscript from a secret location on his person where it had been secretly secreted.

(By Barry Hussein) ST PAUL, MINNESOTA – With only days and minutes remaining in the super-charged 2008 presidential race newly-cemented Republican vice-presidential pick Governor Sarah Palin is turning heads and pricking up ears with her peppy plunk and can-do attitude.

Alaska – Little is known about Sen. John McCain’s newly announced running mate Sarah Palin. But you can count on The Brutal Times to bring you the stories no one else can. We’ve unconvered what could be a bombshell once Obama’s people get thier hands on it.