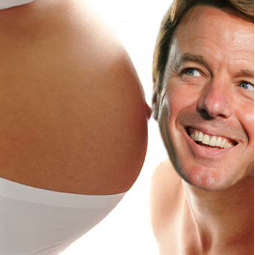 By Barry Hussein, Minnesota, ST PAUL – With only days and minutes remaining in the super-charged 2008 presidential race newly-cemented Republican vice-presidential pick Governor Sarah Palin is turning heads and pricking up ears with her peppy plunk and can-do attitude.

Yet Democrats have been priming to poop on Palin’s parade ever since the succulent selection of the fiery forty-four-year-old was made by John McCain some time last week.

With news that Palin’s 17-year-old daughter Berserka is pregnant and the father “unknown”, Democrats seem to have nailed their chance.

“With news that Ms. Palin’s 17-year-old daughter Berserka is pregnant and the father “unknown” we seem to have really nailed our chance (to poop on Palin’s parade)”, said Democratic spokesperson Maille Fromage.

Both Republican and Democratic parties have been battling for the treasured vote of the Christian right – a group headed by among others the Reverend James Dobson. The right controls large swaths of the United States and travels mostly by horse and buggy. Despite their hatred of modernity sources close to the right say some of them have extremely white teeth and that some of their womenfolk are “comely”.

Anyway, with Palin’s progeny preggo the Democrats say they now have “a crack at nailing the right” vote come November 4th, election day.

And – Senator Edwards was only wearing a thong.

And – the thong was made of plastercine.

And – Berserka was doing the hula.

And – the hula hoop was filled with 550 proof Alaskan sake.

Sake-filled hula hoops are illegal in Alaska during the summer.

A surprisingly unrepentant Edwards grabbed Brutal Times photographer The Serge by his earmuffs as he attempted to snap 236 close up jpeg photos of the smoldering bipartisan couple and bragged, “This one’s mine.”

“To be honest, I’m not sure if he (Edwards) meant the girl (Berserka), the baby (TBA), or the the hula hoop,” said The Serge.

A ferocious intellect, Barry Hussein is not for everybody. Twisting and frugging the nite away, Hussein entices us to sniff his mink sweatpants. Covered in cake, he muses, "Sometimes the hardest sweatpants to fill...are your own."
View all posts by Barry Husein →
This entry was posted in Latest Brutality, Presidential Daily Brief and tagged Alaska, baby scandal, barry hussein, Democrats, hula hoop, john edwards, Presidential Daily Brief, Republicans, sarah palin, the brutal times, US 2008 election. Bookmark the permalink.