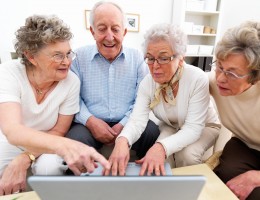 By El Toro, WASHINGTON – As Barack Obama America’s first president gears up to give all Americans universal health care, folks are leaning back in their chairs and on the couch to consider the results of a prestigious 60 year study that proves what most of us already knew:

“Old people, live longer than young people, ” said Tim Barnes, an unpaid intern at MyGoodies, an oft-cited Internet source for journalists too tired to go out.

The study, which MyGoodies conducted by following old people around and recording all of their most intimate moments in their home bathrooms, was distributed on disposable hand towels that folks could use to wipe themselves with after reading.

“It was very convenient,” said Trent Kaim, 45, a hedge fund manager at Danny’s Bank in Baltimore. “I wiped myself,” he went on, “I wiped all my areas”.

Old people, or “the old” are like these zombified things that fumble around and take your seat on the bus.

Seldom smiling, the old shuffle about, making hideous squeaking noises as they go.

“Still, they live longer than you or me,” says Ray Goolens, who refused to give his age but was waved away from the high school parking lot by officers. “If you’re, say 30ish, and Drooler over there is like 90, who’s longer?” he went on.

“The old are gloating, albeit under their history-laden breath,” instructed Christine Miff, 20, a vivacious tastefully-attired philosophy student as she exited a screening of Eddie Murphy’s new Iraq War musical, Invading Places.

“Whuddya thinka the movie?” Mr Goolens, who was still hanging about for some reason, asked her.

“I don’t know…I was too busy making out,” she replied, “with myself”.