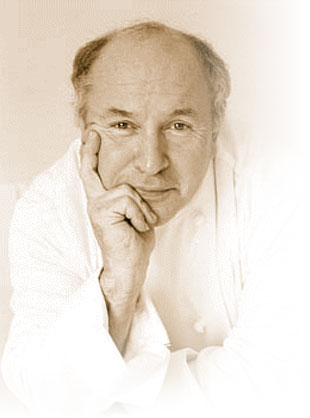 By Barry Hussein, VIRGINIA- Revered Pentagon head chef Pierre de Papineau has locked horns with the White House over the administration’s plans to continue what the Grande Chef calls “a strategy that is, frankly, I tell you honestly, not working,” in the war in Afghanistan.

Papineau, who was given the title Grande Chef in 1978 after creating the world’s first marzipan alfredo spaghetti sauce, has toiled in the Pentagon’s kitchens since 1990, when he left his native home of Quebec by sneaking aboard a barge bound for Virginia.

“First I worked at the White Castle- but the food, it was like- paahhh!” he said, derisively.

Later, a chance meeting with a masked man in an underground parking garage led to a cush job in the Pentagon’s pantry preparing pastries for the president.

“Unfortunately I could not score the hashish, but I was offered a job when the agent who had been arresting me noticed I had tasty snacks stuffed in my pants pocket. At first he became angry, with such a mean face as I have never seen before in Quebec. But after, as the interrogation wore on and we both became hungry, he took a little bite of my snacks and he said to me ‘By God- it’s delicious!”

After serving a 4 year sentence in Guantanamo Bay, Papineau was fast-tracked to the US government’s RCPFQO program (Recovery Cookery Program for Quebecers Only). He then spent an additional three months learning how to make popular American foods like KFC and Subway.

“Although I actually don’t really like American foods- they’re totally disgusting- what I honestly wanted to learn how to make was the McDonald’s secret sauce, but they kept that to themselves,” Papineau laments.

The secret sauce recipe has been the subject of repeated Freedom of Information Act requests (HPPRs) by liberal cooking clubs over the years. None of the millions of HPPRs filed so far have borne any fruit.

The current prob with Papineau erupted at a patio pizza party for the president and his partner, Laura Bush. As reporters oohed and ahhed over the Grande Chef’s artichoke arrangement on the pizza’s paper-thin pie crust, Papineau peppered his post-pizza pie-making banter with black-humor-laced barbs relating to the Pentagon’s plans for the Afghan nation.

“I know some guy, he came to my kitchen and we had a chat, and he had been to Afghanistan and he had seen it- with his own eyes, you know?” Papineau offered. “Basically, what he told to me was that the strategy that these guys here (at the Pentagon) got, is totally crazy,” he suggested.

Papineau’s poo-pooing of the Pentagon’s policy reached the ears on the heads of high level honchos like Condoleeza Rice moments after the president’s patio pizza had been wolfed down.

Rice discussed the issue with Canada’s prime minister Cock Blocker late into the night, but avoided any direct criticism of Grande Chef Papineau or his cooking.

“The US does not want a war with Canada,” said Rice’s assistant Morris Weber, speaking on condition of anonymity. “We get a lot of delicious meals flown down here from Canada, and I think that, no matter how much the Grande Chef’s remarks might have ruffled feathers right now in Virginia, in the end calmer heads will prevail.”

A bit of a toff, really, Admin inhaled the classics early. His ears are ringing and he plans...to answer them.
View all posts by admin →
This entry was posted in Grande Chef Otto and tagged 2008 US election, afghanistan, barry hussein, condoleeza rice, delicious meals, grande chef, kfc, mcdonald's, pizza, ruffled feathers, spaghettio, the brutal times, the pentagon. war on terror, white castle. Bookmark the permalink.

3 Responses to Pentagon Chef Admits Strategy in Afghanistan Not Succeeding