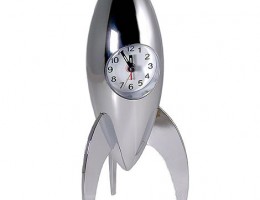 By Barry Hussein, PYONGYANG – North Korea got almost no attention from anyone under 5o today when it behaved “very naughtily” and launched an enormous throbbing Taepodong missile rocket thingy into outer space.

“I don’t know where North Korea was,” said Carl Palmerston 35, an aide to US president Barack Obama. “It sounds boring,” he went on.

Yes indeed it is boring, but other old folks want revenge for the rocket.

Take Knox Weatherby, 58, who works as a dental assistant in Miami.”We oughtta clean their clocks,” Mr Weatherby said flailing about. “China, Korea – the whole lotta them,” he went on.

The rocket is on its way to Ganamide, a small circular planet that sits inside Earth’s solar system like a bug in a rug.

“It sits inside…” said Earnst Hoff, 4, coughing without covering his mouth.

North Korea has friends on Ganamide they wanna hang out with and also maybe they wanna build bases there and so on.

Beer is cheap on Ganamide and there is a pumpin’ singles scene.

“We’re gonna write them (the North Korean folks) a strongly-worded comeback,” said United Nations head honcho Ban Ki-moon at Denny’s. “I was so shocked that North Korea behaved very naughtily,” he went on.

Well, regardless it sure may trigger “an anguished debate”, leading to the “ratcheting up” of something, maybe even “strengthening the resolve” of somebody to do something.

I for one am totally all hopped up and ready.

A ferocious intellect, Barry Hussein is not for everybody. Twisting and frugging the nite away, Hussein entices us to sniff his mink sweatpants. Covered in cake, he muses, "Sometimes the hardest sweatpants to fill...are your own."
View all posts by Barry Husein →
This entry was posted in Presidential Daily Brief and tagged Ban Ki-moon, barack obama, barry hussein, beer, kim jong-il, missile, naughty, north korea, north korea fires missile at japan, north korea missile, Presidential Daily Brief, rocket, singles scene, the brutal times. Bookmark the permalink.