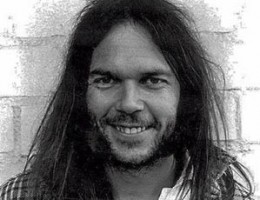 By DJ Salinger, VERMONT – 517,9876 fans gathered here on the eroding muddy banks of what was once merely a disenchanted unmarried farmer’s spinach farm to hear acts as diverse as Mozart Jr., to Venom and Neil Young (from Canada).

“I got so shocked at that news,” exclaimed Barnaby Fallows, who declined to give his Finnish ethnic background or male gender for this article.

“What was mostly going through my head was things like ‘Who is he?’ and ‘God, I’m sooo high,’ and ‘Is there a chance I can get my money back?’ and ‘Oooh, where did my shoe go? and…” he went on.

The thing of it is is that musician types can’t make any money no matter what they do, so now this nude thing.

“Not even close. Actually didn’t make money, despite what you may hear.”

We Are The World?

“Lost money. But we do expect to recoup now that Jermaine is in charge of the Jackson fortune.”

“Nirvana – kind of like The Beatles but long hair and everything – their 1994 ‘Unplugged’ release; after that came out the whole music industry went berserk, with everyone falling over themselves to reproduce that (success) with their own unplugged release.”

But the thing of it is/was that after a good ten years o’ this unplugged thingy people got bored.

“If an artist, in today’s market wants to get heard – on Clear Channel, on Good Morning America, like say The Strokes or Avril Lavigne – they’re gonna have to give that little bit extra, and nowadays that may require them to play nude,” Witnower went on.

Neil Young, 79, teased the Vermont audience by slowly removing his boots and overalls one song at a time.

But would you see it/him again?

“Ahh, I dunno – maybe if he was playing with Lady GaGa or something,” he replied, albeit four hours later in an Internet machine text.

Better than nothing, DJ Salinger shakes it where the sun don't shine. BT' s resident recluse on the loose, Salinger is the trouble with this generation, begging the question, What is the sound of one fist bumping?
View all posts by DJ Salinger →
This entry was posted in Exclusive!, Thinking Man's Rock and tagged abba, avril lavigne, barista, clear channel, dj salinger, good morning america, lady gaga, michael jackson, mozart jr, neil young, neil young nude, nirvana, nude, ssh...kebab, the beatles, the brutal times, the strokes, Thinking Man's Rock, unplugged, venom, we are the world. Bookmark the permalink.