Nice Guy Turns Out to Be a Dick 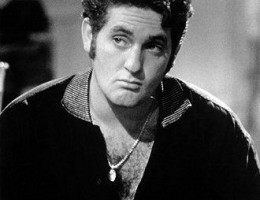 Heck, he even threw the occasional compliment my way.

“Babe, you’ve got great tits,” he said one day by the pool.

I thought he was such a nice guy.

But it turns out he was a real dick.

Let me explain. I met Brad in the shopping center; he was pushing his cart and it rode over my bad foot totally reopening an already infected wound. But even before my rage-packed shriek could leave my lungs Brad had re-bandaged my bloody leg and was yelling for back-up.

That night we made it at the Hotel Two-Way.

In the morning before Brad went to deliver his newspapers he made me breakfast.

Then when he came home in the wee hours he scrubbed the bathroom including under the rim.

I couldn’t believe the shine; still can’t get it out of my mind.

But after Brad started supporting my openly-racist parents and grandparents and changed jobs three or four times so he could drive me to work and then pick me up after things started to change.

It took about seven and a half years for me to really clue into it, but around that point I noticed he wasn’t using the honorific before my name anymore.

Then one day he didn’t take the garbage out early enough and an animal was attracted into our home through a crack in the foundation.

The animal snuck under the covers and bit my face.

Sure Brad rushed me to the emerge, but I swear I saw the animal and him exchange knowing looks.

The doctors and nurses confirmed as much.

Then when it got time to leave the hospital about twenty minutes later I noticed Brad sitting in the waiting room with his legs crossed; he seemed just so lost in his own little world.

Then when we got into our Prius, Brad told me he had cashed in my savings bonds and bought himself a Japanese sex robot online.

“I just got tired of waiting,” he said by way of lame explanation.

“Tired of waiting for what?!?” I shrieked.

“Waiting to have sex with a Japanese sex robot,” he said.

Even as he tried to convince me he hadn’t broken his covenant with our church I was kicking myself for having judged his book by my cover.

Jesus, sure he has a great bod, full head o hair and so on, I reprimanded myself as we drove to get our groceries, but he’s really dicking me around.

“Where is the robot now?” I asked him.

“Oh, she’s out…doing stuff, I guess,” was his lame reply.

Girls, don’t let this happen to you. DO a background check, and make sure you’re always there when whomsoever it is you’re bedding down with is on the Internet.

A bit of a toff, really, Admin inhaled the classics early. His ears are ringing and he plans...to answer them.
View all posts by admin →
This entry was posted in Ordinary People and tagged background checks, dicks, hotel two-way, jackson, Japan, japanese sex robots, nice guy, nice guy turns out to be a dick, nice guys, Ordinary People, the brutal times. Bookmark the permalink.