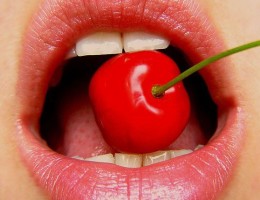 By Petit Rowley, Special to The Brutal Times, DETROIT – Detroit, city of hills. City of Red Wings hockey jerseys, skinned knees, your ex-wife and Kid Rock. The place where-

Tariq should should know – since age eight, he’s been lip-synching songs by such songmeisters as
Michael Jackson, Bon Jovi, Radiohead and even Detroit’s own Eminem.

“Eminem’s probably the hardest to sync my lips to, but with the right cables and adapters, like a one quarter male in to female out one eighth adapter, you can get close enough for rock n’ roll,” Tariq went on.

Where can you get those kinda adapters?

“Oh, you can get ’em at Radio Shack, I guess. I just kinda had ’em laying around in my shoebox.”

Even though Tariq is pushing 30, his lips look great. And since he’s out of work this can’t but help, right?

Plus, Tariq is not alone.

“My lips were bruised and looked like boiled beans,” recalled Baines Crawford, 18, an investment banker at Billy’s Bank. “Then I started lip synching and – viola! – take a look at these babies!” he pouted.

What about side-effects? Can one go too far with synching?

“The side effects of non-surgical lip synching are devastating,” says Ray Goolens. “When I was sitting in my practice with a patient before they started enforcing the new guidelines, I’d often be confronted by cases of hanging, sagging lips, like you know, those kind that Mick Jagger has.”

But doesn’t everyone want those lips?

“Yeah, sure. Listen, what do you want from me?”

Still, Goolens is not alone. A lady sitting next to Goolens at the Starbucks where we conducted this interview said she knew someone whose head started lolling and rolling around pretty much uncontrollably after only half an hour of lip sync therapy.

“She’s pretty much a basket case now,” the lady went on, agreeing to speak anonymously about her unnamed friend in this article only under the express condition that neither she or her friend’s names be named. “But she was always a horrible person, so I guess you get what you deserve, right?”

But also, lots of people say we should disregard any warnings because life’s too short.

“I don’t know about ‘lots of people` said Detroit resident Meridith Hoom, 26, a sidewalk chalk artist. “But I don’t think you want to scare people off singing at Christmas.”

The lady who sat next to Goolens at the Starbucks agreed.

“Who do you want me to agree with?”

Just with the sentence that the prob isn’t singing, but rather syncing that’s the prob.”

“Well, that’s what made my friend’s lips fall off.”