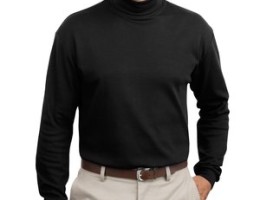 By Hessy Marin, Special to The Brutal Times, BOSTON- I got probs. Man, let me tell you! Things were goin’ pretty swell for a while there – new boy, new apartment – even a new car…

Then, I won the lottery.

Not the lottery per se, but the, you know, Scratch N’ Sniff.

I won the lottery – the lottery per se – it’s just called the Scratch N’ Sniff by people here in Boston. I dunno how it started – I guess kids who scratched the tickets figured they could snort the magnetic dust they scratched off their tickets up their noses.

Let’s be franker: The age restrictions on PowderBall and PowderBall Jumbo specifically state “while old people may purchase PB and PB Jumbo games, they cannot win.”

That part always made me laugh.

Moving along, (Thanks for scrolling down by the way!) after I won the PBJ myself last Thursday, I got a call at my door from the local mafioso.

The stereotypes is true!

Danny Terrio, a smart-looking young man in a black turtleneck told me I gotta go “halfsies” with them and cough up like, actually more than half when you get right down to it!

“You gotta go halfsies with us,” he said.

Dude, you gotta be kidding me, I snorted, in the space I had left to snort.

“Yeah. Listen, I’ll be back after you’ve gone to sleep, and we can talk about this further,” he kept on talking.

Yeah so anyway he like never even showed up!

But then like the next he he shows up at my place of work and he’s all like “Sorry, I couldn’t make it – I had a thing.”

But then the next night they show up and beat the living crap outta me.

There’s something about it that takes me out of my cube and gives me a little extra charge during the day.

I have some other probs, too.

You know, I was so cheesed, I figured like, fuck it. I’m not going down there and getting it: I’ll just buy a new one even though I’m gonna wind up sharing it with Danny Terrio.

I guess you could say I’m falling in love with him.

Basically, when you think about it – or even if you just look at it – we’re all basically the same, just like good old Jack London said – all stuck suffering under some kind of “universal thumb.”

A bit of a toff, really, Admin inhaled the classics early. His ears are ringing and he plans...to answer them.
View all posts by admin →
This entry was posted in Exclusive!, Ordinary People and tagged a new car, boston, danny terrio, I got probs, I was so cheesed, jack london, Ordinary People, powderball, powderball jumbo, the brutal times, the brutal times.com, the universal thumb, things not to do in boston, things to do in boston. Bookmark the permalink.