Take Out Food is Healthier Than Home Cooked Food 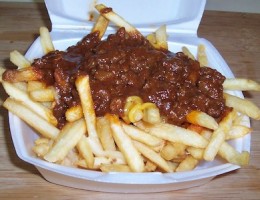 By Grande Chef Otto, Paris, THE LOUVRE – Bob Lomax lifts weights four times a day. He wakes at 4:31 am, rinses his balls in an imported basin from Bahrain, and meditates in Japanese for nine minutes while his second “wife” Vickers prepares a delicate vitamin powerhouse pureed and mulched (basically the same thing I know) in an eleven hundred dollar pureeing mulching machine from Sicily.

Since he became healthy.

Healthy food, and healthy routines are killing our children, and folks like Bob who would have children if only they didn’t hate kids.

“Healthy food, and healthy routines are killing our children, and folks like Bob who would have children if only they didn’t hate kids,” says Bernard Blange, 34, a barista inside The Louvre.

After showing me how they feed the mummies Mr. Blange told me he wanted an iPhone.

Then he told me that “Take out food is healthier than home cooked food.”

According to Blange, the author of The DaVinci Code – Leonardo Da Vinci, gained 200 pounds to play himself in the movie, by eating “home cooked food”.

Tom Hanks, who is usually credited with playing himself in the movie, also gained weight – just by looking at DaVinci.

Anyway, lots of home cooked foods may be unhealthy according to some.

A pear is bad.

A sandwich made inside your home will kill you instantly.

“Consumers should exercise their spending power and eat mostly take-out despite the cost and warnings,” advised Business Jesus, who has made himself all by himself.

As the owner of two popular eateries here (Ssh…Kebab), and in Los Angeles (Pasta La Vista), I have seen firsthand the health benefits of chowing down on delicious gnosh prepared by total strangers, often total angry discontented vengeful strangers.

“Our study did show that one meal – a pepperoni pizza, which was prepared by Uber Hitz, an ex-convict and bordline psychotic at the Buzzard King Internet Cafe in downtown Newark aon March 12, 2009 contained so much bacteria that it boosted customer Norm Fasel’s immune system to the extent that doctors now believe he is likely to live to 122 years of age,” said Karl Mope, an analyst at rightwingthinktank.com.

Talented chefs have known this and much other stuff they don’t want to tell you for years. Unless you know what you’re doing in a kitchen, it really is much better leaving the job of feeding yourself up to the professionals.