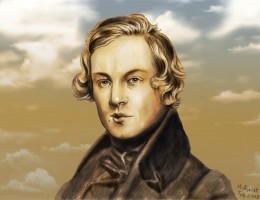 By The Serge, HOLLYWOOD NORTH – Movie fans are famous for complaining that the producers of Hollywood’s biggest films have long since run out of ideas, but as the major studios get ready to battle at the box office this Halloween they may do well to hold onto their tongues and get ready for an explosion of creative juices, the likes the silver screen has never seen before.

“With 3-D and groundbreaking films like Avatar – it really gave us a wake up call to go out on a limb and try something different,” explained Teague Winegarten III, the producer of “El Confidante”, an heartwarming family comedy-drama about a family of eight straights who all confide their everyday suburban problems to a lost gay tourist between bouts of hurling vicious insults and heavy furniture at one another.

And the movie’s knockout twist?

The actor who will play the gay man is straight.

“I never thought my acting career would lead me here,” offered Mike Davidson, 23, clad in straight attire, as we scarfed down flagon after flagon of oozo at his neighborhood Ssh..Kebab. “I’ve never heard of a gay man before, much less ever seen one,” he went on.

Not even on the TV?

Huh. So whut you gonna do?

The challenge faced by straight men trying to play gay men in films is momentous, says film historian Margo Kam, 40, who wrote a big book on the subject with the somewhat dull title “The System of Cinema”, which I forgot in my rental car (the book, not the subject – that I’ll never forget).

“The challenge faced by straight men trying to play gay men in a film is momentous,” said Ms. Kam, 40, reading from the Preface to her big book before I tossed it carefully into my trunk, under my swim trunks.

No dummy, I popped the elephant in the room question with no fear of stripping Kam’s confident air away like so much impressive simile somebody thought up some place to describe something vividly:

“So then, if that’s indeed, so true as you say it is, Ms. Kam (and at this I removed my cockleshell Matsumoto Boy designer eyeglasses – cost, 996.64 Canadian dollars) how come ye don’t just go out in the street here (and at this junction I gave a bold sweep of the terrace which overlooks trendy Dundas Street West with my working arm) and grab some gay guys and ask them instead of like putting all this weight on the straight? Huh? Huh?” I challenged her, directly gazing myopically into what I imagined was her face.

“Well, that’s not how film, or films, work,” she replied, with a calmness to her tone that unnerved me so much I thought right then and there she had to be insane. “Assuming you’ve watched movies, you can’t deny that since the dawn of cinema the system – and that’s exactly what is is – a system, of having actors play the opposite of what the audience expects on the screen, has moved us to tears, cheers and screams.”

“I’m aware of that, but …are you really going to go to the trouble of pointing it out and putting it in double or even triple quotes that confuse or distract your reader, when it’s in fact merely a tangent, diverting us from the real issue of the straight man playing the gay man in the movie?”

“Readers. But, look, I’m – everyone is uncomfortable with the idea of this movie. Can’t they ban it or something?”

“Because that would make you want to see it, wouldn’t it?”

“Of course – but, look, there isn’t anything about this in my book.”

“Fair enough. Look, if you lend me your book for a fortnight I’ll rifle through it and we’ll meet back here in your hotel room straight after and I’ll quiz you from back to front on your contents.”

But alas, it was not to be.

Channeling Pascal (The source of all man's misfortune is his inability to stay in his room) the serge confides, "In my day, we didn't call them love hotels - we called them sex hotels." Begging the question, Vuvuzela avec moi, ce soir?, BT readers get so much pleasure out of his columns they...ought to be punished.
View all posts by the serge →
This entry was posted in Hollywood Pap and tagged 3D, avatar, halloween, hollywood north, hollywood pap, matsumoto boy, ssh...kebab, straight man to play gay man in movie, the brutal times, the serge, tongues. Bookmark the permalink.

2 Responses to Straight Man To Play Gay Man in Movie