Girl’s Bladder is Timed to Coworker She Despises 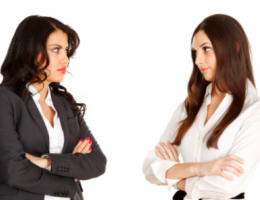 By Smia Oots, CHICAGO – Chicago, home to America and America’s people. Lego, kites, dolphins? Barack Obama bought his iPhone there. I heard a bird chirping. When snow arrives in Chicago it stealthily sprinkles itself in peoples’ nostrils and makes them snowblind like in that Black Sabbath number about cocaine your grampa played you when you was about yey high.

Anyways, what’s more is a girl’s bladder is timed to a coworker she despises.

“Everytime I have to get up and go take a whizz, she (the coworker) like follows me and stands so close to me at the nearest urinal,” Fawn Bare, 42, a data entry intern at Danny’s Bank.

“And then I can’t go and she starts making – whizzzzzzzzzz – the most boring nonsensical conversation you’d ever imagine in your life, bro.”

I can imagine some pretty boring, uh, conversations.

“Nuff said. But seriously, I dropped by my doc’s office the other day and guy said my kidneys is swolled up ten thousand times their size.”

What could be the cause of that?

“He said there could be a timer inside my bladder that’s timed to her bladder and that’s syncing us up to have to – y’know – at the same time.”

The coworker, whom could not be contacted for this story because that takes a lot of time, will fade into history, her story silently erased until a desperate grad student (s) find (s) it on a microfiche.

“Yeah, it’s the same the world over,” says Ray Goolens, who was monitoring this story for Google Page View, WikiLeaks and the President to help make our community safer. “People come and go – what’ s the dif, really?” he quipped, fiddling with his open lunchbox lid and taking a long leisurely pull on a four foot high tumbler of steaming prune juice.

The Brutal Times has been nominated for a Solid Gold Internet Award for this story and may get some action tonight because of it.

Smia Oots is a free-floating wild card racked up on painkillers and an automated sequence of commands who came to Tokyo to pursue her interest in social drinking. Always in search of new moments that can only live on in recollection, Oots asks we put the Enlightenment behind us, stat.
View all posts by Smia Oots →
This entry was posted in Exclusive! and tagged barack obama, black sabbath, cocaine, cooworkers, girl's bladder is timed to cooworker she despises, iphone, office probs, ray goolens, the brutal times. Bookmark the permalink.