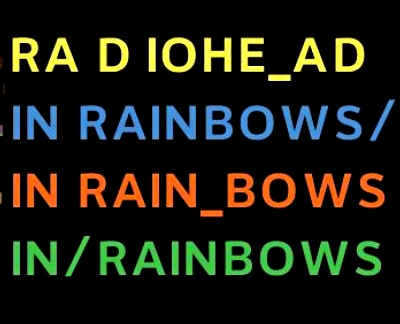 By DJ Salinger, ENGLAND (London) – For those select few lucky enough to be gathered at 19 Breithoss Crossing Place the event held this Sunday evening was one approaching a religious experience. Popular British Deepresso artists Radiohead slipped quietly past the mass media radar, and ingeniously, by holding their secret first listening party one month after the album’s official mainstream release, once again had many music industry veterans feeling baffled and a trifle out of touch.

But many fans who attended the party are now reporting strong after-effects, ranging from “lethargy” to “mild and severe forms of depression,” according to pop psychologist Dr Ray Goolens, who met with listeners and their families after the event.

“It’s too soon, too soon,” said Radiohead fan Nigel Woods, 30, as he slumped to the floor. “I was just getting over ‘Hail to the Thief’ (Radiohead’s last album), and now this,” he moaned.

“We thought they could handle it,” said the group’s lead vocalist Thom Yorke, speaking of fans’ adverse reaction to the new recording. “Perhaps we were wrong.”

Getting tickets resembled something out of the film “Charlie and the Chocolate Factory”, as they could not be bought at any price, and fans found their way to tickets in an almost mystical manner.

Jeremy Caymartin, 30, an urban planner, found his ticket stapled to the pants leg of a suit he had sent to his local dry cleaner’s to be pressed.

Clara Stellton, a 20 year-old philosophy student from Leeds, found a mysterious packet containing a ticket under her pillow, apparently a birthday gift from her partner Lionel, 47, though he has yet to confess how he got hold of one of the much in demand passes to the exclusive “In Rainbows” listening party.

To the surprise of most of the less than 100 premier listeners in attendance at the famous London address, once home of British author JRR Tolkien, the bizarre accidental ticketing system seemed to work, in that few if any record company execs made it in past the gate. The listening party went off as billed on the tickets themselves, as “A private fans-only first-listen to Radiohead’s long-awaited new album”.

The lights went down. As per official band request the needle struck the vinyl groove of the LP copy spinning on the gramophone. An audience of anxious ears pricked up. And then –

“It was horrible,” Sara Thompson, 32, of Cambridge said, still holding her head from the impact of the record album. “I’m just…so….bummed,” she added.

“It’s…just…too soon, I think,” offered Grafton Blanach, 28, who had come all the way from Toronto, Canada, to hear the recording. “I’m kicking myself, actually – I should have known, after listening to ‘Kid A’. And ‘Hail To The Thief’. It took me four years to get over ‘Thief’. Now I’m totally bummed – all over again.”

Although BB Fun Corp does not directly take part in Radiohead’s management or label dealings, the Japanese toy giant has acquired the rights to most of the dark vocabulary used in the band’s songs.

FunCorp spokesman Watanabe Jiro said he thought the album was “very good, very nice.” But few other listeners seemed upbeat about the experience.

“Wow,” said Karel Goodyear, 26, of Birmingham. “I was thinking all of those things that Thom (Yorke, Radiohead’s vocalist) was singing, writing and writing them on my blog. Again. Just like on all the other albums. And I was thinking, like, maybe this time I could write them in a book myself…I don’t know. But since he’s gone and done it, again, I…oh, I don’t know.”

Despite the general black mood, many gave Yorke kudos for his uncanny ability for bringing the bringdown.

“This is serious music,” said Dale Ash, 28, a systems engineer from Brighton. “It requires a serious long-term comittment on the part of fans. If they (the complaining fans) can’t deal with it, perhaps they should stick to Shania Twain,” he suggested.

Better than nothing, DJ Salinger shakes it where the sun don't shine. BT' s resident recluse on the loose, Salinger is the trouble with this generation, begging the question, What is the sound of one fist bumping?
View all posts by DJ Salinger →
This entry was posted in Thinking Man's Rock and tagged brutal times, deepresso, dj salinger, in rainbows, new radiohead, radiohead, the brutal times, Thinking Man's Rock. Bookmark the permalink.