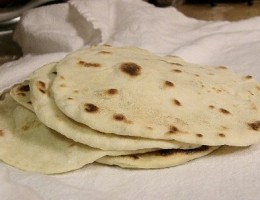 By Daemon Mailer, THE INTERNET – Millions have manned up this morning to misspelling “flotilla”, a lay term meaning “floating tortilla”, as “tortilla”, a land-bound Mexican delicacy served at Taco Bell.

The misspellings occured mainly during sexting.

Dictionary user Ray Goolens, 19, pointed his finger and ranted at those guilty of the misspellings.

“They deserve everything that’s coming to them,” he said, twitching.

He faces life in prison.

“What they should do to these…people…is they should send them to Toronto, build a large security fence around them, and blast them with a vuvuzela,” Underwood Baker, a travelling sidewalk chalk artist demanded, in addition to a dollar.

Are we gonna see more of this in the future?

“You’re gonna see more of this in the future,” ejaculated Harvey Nostradamus, who teaches a night course on the future in all night donut shoppe restrooms. “Sexting typos will reach their climax around 2010 before or during the Haldron Collider going haywire and introducing the face of the earth to the moon,” he went on.

Are there any ways to like stop or slow the missexting?

“No, but if you’re worried about playing the fool in conversation you could repeat ‘Flotilla tortilla, tortilla flotilla’ to yourself in a mantra until you’ve mastered them,” repeated Liz Kayman, 30,a cyclist.

“Yeah, it is, and most people aren’t gonna go in for it,” Kayman admitted, popping a wheelie.

Sweet little Daemon Mailer invented the internet in his garage while he was trying unsuccessfully to invent the first rental video store. Like the rest, Daeme is also making moves to cash in on BT's success and avoid eating peanut butter out of a jar livin' in his car the rest of his life. All during the night as he wiggles to an 'fro, some kinda machine records his thoughts, churning out a pile o crud to be compiled in the forthcoming tome, “I am Spam.”
View all posts by Daemon Mailer →
This entry was posted in Ask Daemon Mailer and tagged daemon mailer, Exclusive!, flotilla is an annoying word, haldron collider, harvey nostradamus, millions misspellflotilla as tortilla when sexting, sexting, taco bell, the brutal times, toronto security fence, vuvuzela, wheelie. Bookmark the permalink.

2 Responses to Millions Misspell ‘Flotilla’ as ‘Tortilla’ When Sexting