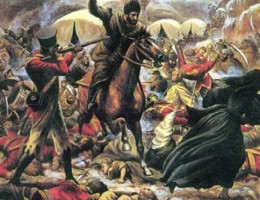 By Styles Cradgerock, YOUR MOMMA – Yes, thundercat!  Weekend war watchers all over the world (Florida?) are pee-oh’d this morning to find that WikiLeaks has leaked a whole slewload of spoilers aspoiling how the bumpin’ Afghan intervention is gonna end.

Among the bombshells dropped by Wiki:

Obama Administration Rebuttal: “We would caution that although bagging Karzai may offer short-term satisfaction and satiate some BT readers’ thirst for vengeance, we ask that those same readers remember Afghanistan is a soverign nation and just because we invaded it doesn’t mean we can go running about doing whatever we like.”

After the U.S. jets next month (August 2010), sexual outlaw and soft-spoken Shiite cleric Muqtada al-Sadr shall smote any remaining enemies Snoop Doggy Dogg-style and merge Iraq with Shiite Iran. If August prove to be inconvenient a rain date is set for September.

Obama Admin Rebut: “Although a root beer summit with Al-Sadr may seem enticing…”

The insurgents, taking off their masks, turn out to be the same boring old people who lived in Iraq before the intervention. Holy let-down.

O.A.R: “Although this may well prove to be the case,we would first point the fickle finger at the press, for just repeating everything we say and not asking questions.”

Why they hate us spoiler!

The raison the person who lives there isn’t so keen to make friends with Coalition forces is that locals are disappointed with the results of being invaded.

Closely following the rules of Pythagorus - to abstain from beans, not to pick up what was fallen, not to eat the heart, and refusing to look in a mirror after midnite, Cradgerock gets all up in the grills of all the world's leaders and their pets like you knew he would.
View all posts by Styles Cradgerock →
This entry was posted in Latest Brutality and tagged afghan war spoilers, styles cradgerock, the brutal times, war on terror, wikileaks afghan war spoilers. Bookmark the permalink.