Many Misspell ‘Yemen’ as ‘Semen’ when Sexting 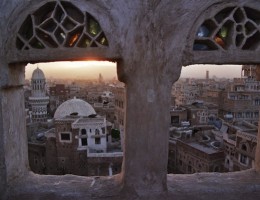 “I think it’s bloody ridiculous” ejaculated Troy Underwood, 23, who is vacationing in Yemen with his mother and her pet.  “When I was in school, the sensei would whip us blind  if we dared engage in such foolery,” he went on, attracting a small crowd.

“Certainly, whut we’re seeing, after going through the sexts of regular ordinary people just like you, is that you are guilty and may face prosecution at a time of our choosing,” offered Ray Goolens, a 40-ish blogger at Starbucks told me after taking me aside for a “friendly chat” in the men’s rest room.

“We’re going to need to implement wide-ranging re-education, bolstered by massive jolts of medication and, to be frank, spankings,” sexted Kate Jalle, 30, a mid-level temp at the United Nations.

Jeez, will that be enough?

“Well, that’s the magic question, really,” she pondered. “But I think what’s clear is that if you do find yourself, or yo’sef, misspelling ‘Yemen’ as ‘Semen’, you should make it a rule to apologise for your poor choice of words,  in the body of your actual sext,” she went on.

But, isn’t that… ‘letting the terrorists win,’ or something?

“Let me get back to you on that one.”

Sweet little Daemon Mailer invented the internet in his garage while he was trying unsuccessfully to invent the first rental video store. Like the rest, Daeme is also making moves to cash in on BT's success and avoid eating peanut butter out of a jar livin' in his car the rest of his life. All during the night as he wiggles to an 'fro, some kinda machine records his thoughts, churning out a pile o crud to be compiled in the forthcoming tome, “I am Spam.”
View all posts by Daemon Mailer →
This entry was posted in Special Report and tagged Presidential Daily Brief, ray goolens, semen, sexting, spelling mistakes, the brutal times, the serge, yemen. Bookmark the permalink.