Madonna Wants to Adopt a Canadian 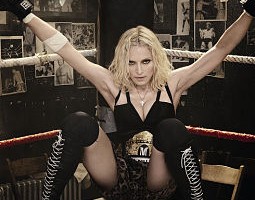 By DJ Salinger, TORONTO – Charismatic wall of spunk Canadian Prime Minister Cock Blocker is preparing Team Blocker to deal with Madonna over her rumored plans to adopt a Canadian before summer’s end.

“Le priminister du Canada, Monseiur  Cocque Blocquer will not permit such a thing to happen without much money flowing into his secret pants pocket,” insisted Remy LeFontaine, 12.

Madonna, who is in Africa child shopping this week insisted she would add “at least fourteen Canadians” to her stable before Earth is hit by a giant meteorite on August 17 at 12:21 pm.

She plans to use newly-developed Japanese technology to blast the Canadian adoptees from the arctic ice which covers the completely frozen fish-stick producing country.

“I plan to use newly-developed Japanese technology to blast the Canadian adoptees from the arctic ice which completely covers their frozen fish-stick producing country,” she said.

“She can have no chance to do that thing,” an electronic text message reply from Prime Minister Blocker’s own adopted eleventh son Ron retorted via his Blackberry texting device.

“She gonna have no Canadian in her stable before the meteor hit,” he went on.

International celebrity adoption expert Billy said however Madonna will probably possess “at least four Canadians by June,” when his birthday is.

“Madonna is known to have two Canadian adopted children already, Chad Kroeger, 48, lead singer of the shock-rock combo Nickleback, and myself which is why I know so much and which is always the twist at the end of a National Public Radio story, where the reporter says ” and she was my mother,” etc, and so you know the guy only got his jobbie cause he had an inside scoop and what have you.

A lot of the the reporters at NPR have a lot of moms and dads. No offense.

Anyway mom, I forgive you.

Can you ever forgive me?

Better than nothing, DJ Salinger shakes it where the sun don't shine. BT' s resident recluse on the loose, Salinger is the trouble with this generation, begging the question, What is the sound of one fist bumping?
View all posts by DJ Salinger →
This entry was posted in Hollywood Pap and tagged africa, blackberry, canada, Canaduh, child adoptions, cock blocker, dj salinger, japanese technology, madonna, madonna adoption, meteorite, national public radio, npr, the brutal times, Thinking Man's Rock. Bookmark the permalink.

One Response to Madonna Wants to Adopt a Canadian