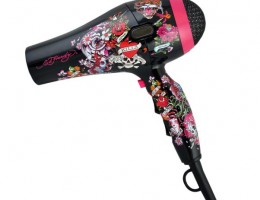 Despite heavy warnage through sky-high signs, a Japanese man used said hairdryer to dry his balls.

Signs stated and I quote: “Do NOT dry your balls with the hairdryer”.

How could one disobey?

I thought at first he must be American but his Asian body, face and so on called my question.

“We will of course do everything in our power to stop him drying his balls again with the hairdryer,” apologized Mr. Matsuzawa Ken, 37, the director of Tipness Fitness Club when I met him outside his home late at night, and again each day as he rose and readied himself to face the day. “I have told you before, are you…gifted?” he attempted, dialling the police again.

But the man kept drying his balls.

Now I and others have  filmed and sketched the man and a few others, drying their balls.

Using a blowdryer after washing is like Russian roulette (no offense Russians out there!).

Hairs from the sac clog the vents of driers and cause them to explode.

“It’s a ticking time bomb,” said hip-hop dance student Ray Goolens, 49. “I bring my own (hairdryer) now,” he went on. “All the dryers are clogged with pubes,” he kept talking.

Finally I had enough and confronted one man blowdrying his balls, Mr Ito Junichiro.

“What the hell you thinking?” I asked to him. “I don’t want your balls in my hair,” I exclaimed, snapping my wet towel at his bare buttocks.

After being ejected from Tipness Fitness Club I made my way to a local Internet cafe. It was there I could shower and while away hours as if life were just a dream.

One Response to Japanese Man Uses Hairdryer To Dry His Balls