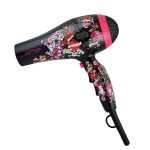 Obama: “Our Balls Are To The Wall”

By The Serge, WASHINGTON – An estimated two million people braved freezing temps to hear 44th president of the United States Barack Obama be sworn into office in this snow-covered city yesterday. And most of ’em stuck around for a little while after to hear him deliver his first speech as America’s new commander-in-chief.

“These are trying times,” Obama began as onlookers shouted and hollered in agreement. “Our balls are to the wall,” he went on.