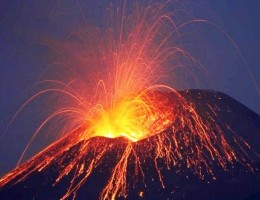 “Japan, one of our most ah steadfast uh allies – in the fight to ah, to really get things turned around over there ah in Iran, has ah to the best of our knowledge, ah promised to deliver those volcanoes before breakfast to ah Mr Hussein,” Mr Obama commented via his Blackberry text machine.

Volcanoes are a symbol of Japan’s sexual power and symbolize a man’s love juice shooting out.

They can also be used as a nifty substitute for nuclear power, yes yes yes – like the nuclear power Iran is just creaming it’s Sergio Valente jeans for all these months.

“It is fascinating to see how every time there is a problem – and I mean every time, some Japanese person will solve it before an American can,” says Ray Goolens, who studies Japanese in Starbucks coffee restaurants in Tokyo.

“I say ‘God bless Japan’, and ‘God that girl ordering the frappacino over there in the tight pants looks hot’,” Mr Goolens added softly.

Japan has ten volcanoes which it built mostly in the 1970’s when the volcano craze was sweeping the area. Once popular, as time wore on people began to bitch about them. Some guys even threw rocks at them.

“Iran is a poor third world country such as Canada, Australia and so on,” said  Takahashi Ryo, 24, who lauded the Japanese government’s decision to lop the ‘canoes off and float them downstream towards Iran.

“Old people over 3o loves volcanoes, because they believe that such things are important for their work life, family, and so on,” Takahashi went on. “But we younger generation doesn’t care about it so much.”