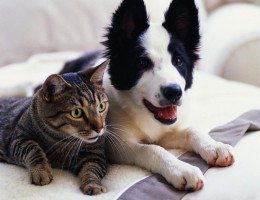 Prestigious Caribbean think tank MyGoodies issued its landmark study on pets, “Pets” yesterday evening at Denny’s. Crowds of pet lovers, some openly loving their pets to the disgust of pet haters lounging about on the sidewalk, brayed in full-throated approval as Denny’s manager Tony Toledo read portions of the 79,000 page study while standing in his shorts upon the pancake grill.

“Disperse – or you will be killed,” announced twelve storey high armored vehicles outfitted with an array of death rays and rotating spears.

Actor Liam Neeson may have owned a pet according to one of his fans, Miss Fran Jaeger. “I think he owned a weasel, or maybe a dodo bird,” she thought she remembered. “If those pets are well-cared for they’ll probably live forever, right?” she went on.

But people are really jazzed about this news. It is isn’t just the usual pap about affordable housing or Julia Roberts’ new love interest.

No. It’s more than that.

“Well, for one thing everyone has a pet,” says Ray Goolens, was seen walking his dog in a nearby park looking so natural you’d never know he was ordered by a judge not to do so.

“There’s no better way to meet a nice girl than to trick her into liking you by distracting her with a mutt,” Goolens added.

Anyway, I hope you’re as happy as I am about this news. And don’t forget to feed your pet!

Smia Oots is a free-floating wild card racked up on painkillers and an automated sequence of commands who came to Tokyo to pursue her interest in social drinking. Always in search of new moments that can only live on in recollection, Oots asks we put the Enlightenment behind us, stat.
View all posts by Smia Oots →
This entry was posted in Special Report and tagged affordable housing, denny'smygoodiesboston, dennys, dodo bird, healthy pets, julia roberts, liam neeson, pet health, pet lovers, pets, ray goolens, smia oots the brutal times, spring, the brutal times, weasel. Bookmark the permalink.