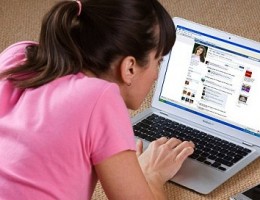 By Daemon Mailer, BOSTON – If you’re among the billions that are stricken with fear at losing their favorite shows due to the gargantuan mammoth called the Internet, you’re not alone. Indeed, a new report by prestigious Carribean think tank MyGoodies has revealed, and is continuing to reveal, that the great oral tradition of television is being threatened by the Internet.

“The great oral tradition of what you and I know as television, or TV, is being threatened by the Internet,” said Carville Balistrade, 6, a spokesperson for MyGoodies, before quickly walking away and disappearing into a crowd of stunned onlookers at the Hotel Two-Way.

“I didn’t know they let kids in here,” griped Hugo Plow, 40, a paying guest. “I’m a paying guest and I demand satisfaction or my money back,” he went on.

Anyway, lots of scholars agree what that kid from the think tank said. For example, there’s Ms. Leah Reeperbahn, 22 and legal, of the University of Transylvania. Ms. Reeperbahn is fighting to preserve the oral traditions which will disappear down the poop chute of history when people toss their TVs in the toilet in the very near future.

The Brutal Times caught up with Ms. Reeperbahn and her annoying boyfriend Louis Drippe, 44, as they were exiting the pricey Boston bistro Pasta La Vista where Mr. Drippe had been boring her with stories of his dreams and many many failings.

“You look gorgeous – sorry sir, can you step over there for a moment ? What a great beret! Read your thesis – it really packs a wallop!”

“Cavalier Dokk, from The Brutal Times.”

“The New York Times! I can’t – how did you come to read my thesis?”

“The guy sitting at the bar next to me was reading it and I sort read it over his shoulder.”

“What you say is very, very provocative – that television, or what you and I know as TV, is at risk -”

“Threatened – by the Internet.”

“Yes, I think it’s a shame, really; there are a lot of unique oral storytelling voices that are going to be lost once everyone starts reading all the time online.”

“Well, I think there’s the currently popular ones like Oprah Winfrey and Jon Stewart. Then, you’ve also got, going back, Tony Danza, Fonzi, Chachi and Michael J. Fox.”

“And their unique voices will be lost.”

“I say that in my thesis. Repeatedly.”

“It’s a fresh body blow to something.”

“It is that, yes. It’s also occuring at a time that’s politically sensitive to someone.”

“No, no, no, no, no – no, it is not. I take that question back. Listen, aren’t you afraid to study at a place called Transylvania University?”

“Jesus, you’re hard work. Surely you’re not unawares of the other graduates produced there?”

“I don’t care to hear all the jokes again at this particular moment.”

“What’s the attraction for you in a man like Louis?”

“Louis…has helped me in many ways, which you can’t even begin to understand.”

“No one knows anybody.”

“There are times when being witty isn’t going to win the battle for you.”

“It’s more about the feeling.”

“You realize that if I lose you here in print this story’s not going to have a happy ending?”

“Do all your stories have a happy ending?”

“Look, for me…I really don’t care so much. I mean, I do care, but I care more about what the readers out there are going to think when someone rips them off and sticks them with a clod of bad feeling in the gut.”

“All right then. Just don’t break my heart like all the rest.”

Sweet little Daemon Mailer invented the internet in his garage while he was trying unsuccessfully to invent the first rental video store. Like the rest, Daeme is also making moves to cash in on BT's success and avoid eating peanut butter out of a jar livin' in his car the rest of his life. All during the night as he wiggles to an 'fro, some kinda machine records his thoughts, churning out a pile o crud to be compiled in the forthcoming tome, “I am Spam.”
View all posts by Daemon Mailer →
This entry was posted in Schadenfreude and tagged daemon mailer, fonzi, great oral tradition of television threatened by internet, jon stewart, michael j fox, my goodies, oprah, oprah winfrey, pasta la vista, the brutal times, the new york times, tony danza. Bookmark the permalink.

2 Responses to Great Oral Tradition of Television Threatened by Internet