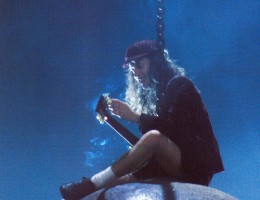 By The Serge, SIMI VALLEY – Doubt is a ballbreaker and most folks are filled with a crushing loneliness, according to a landmark Tweet, issued by prestigious Caribbean think tank MyGoodies this morning.

Ms. Namet is not alone.

MyGoodies tweeted all day long and into the night about others, locked in their cubes, doubting and being crushed with the endless loneliness.

“My balls are broken,” wailed business dude Heinz Waring, 29, of KPMG. “My 6 figure salary does not fill the void, Lloyd,” he kept talking.

But how come the Internet and online marketing don’t fill it?

But, OK, so, it’s the Internet that’s causing the busting and the loneliness?

“It’s the crushing. And the void.”

What about social networking?

Dude, you should like totally check it out! What a blast! That’ll put your chops back in order.

“I’ve no interest in another bit of depressing a-historical fluff with another soundtrack by faux retirees Nine Inch Nails.”

“Only when I was a kid. The animals today are different.”

“Shapes are OK. Colors are nice, if I get to choose which ones. I don’t like sounds as much as I used to.”

“Basically all tastes the same – like donuts mushed with Subway.”

“That…I would not mind at all.”

Channeling Pascal (The source of all man's misfortune is his inability to stay in his room) the serge confides, "In my day, we didn't call them love hotels - we called them sex hotels." Begging the question, Vuvuzela avec moi, ce soir?, BT readers get so much pleasure out of his columns they...ought to be punished.
View all posts by the serge →
This entry was posted in Ordinary People and tagged donuts, doubt is a ballbreaker and most are filled with crushing loneliness, lloyd, mygoodies, nin, nine inch nails, simi valley, social networking sucks, subway, the brutal times, the void. Bookmark the permalink.

3 Responses to Doubt is a Ballbreaker & Most are Filled with Crushing Loneliness: Study