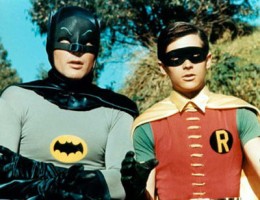 The global credit crunch, or GGRUNGE as it is known by fans, has been rumored to be striking sidekicks with increasing frequency this week, with early reports coming out of Washington that Captain America had canned the Falcon.

A spokesperson for America, Ms. Hortense Underwood (who is a temp) declined to use the term “canned” in reference to the Falcon, although she did admit he had “been laid off indefinitely” and asked to “turn in his mask”.

“Robin is a very important part of what the Batman, or as you younger folk know him as – the Dark Knight – does,” glommed Batman’s handler Russell B. Manell, of Veal McDougall & Associates. “As for Robin – rest assured we care,” he went on, vaguely.

Robin was more direct about his feelings when asked for his reaction to the startling turn of events.

“He’s a prick, basically. He thinks – the whole thing is just him and well, I guess we’ll just see how he is if he goes solo,” Robin screamed.

I mean he really screamed it into my face.

He was pissed, safe to say.

Ray Goolens, who used to be a doctor of some sort at some point says he thinks “some people just aren’t going to be able to make the leap” between one day being on top of the world and kicking ass alongside some bigwig superhero and “the next day being a complete total futureless loser”.

“Yes…yes, that’s what I mean. You’re not too quick are you?”

Sounds serious. So what can regular-type folk do to, ah avert the coming crisis?

“Things are gonna get get worse before they get better,” says Jason Peacebaker, 30, who reads graphic novels (comic books).

“Basically, Batman doesn’t need Robin; Captain America doesn’t need the Falcon, and the audience doesn’t really care that much about them other than for occasional bits of comic relief,” he informed.

But, geez, these are real sidekicks – not those guys in comics.

I asked Robin what he was gonna do.

“Well, not a whole hell of a lot, obviously. I may grow a mustache. But other than that no other plans at the moment really.”

Come on, Obama. Get on the ball! We really need you to sort this thing out lickety split, afore we all got things on our conscience from turnin’ on our friends.

Smia Oots is a free-floating wild card racked up on painkillers and an automated sequence of commands who came to Tokyo to pursue her interest in social drinking. Always in search of new moments that can only live on in recollection, Oots asks we put the Enlightenment behind us, stat.
View all posts by Smia Oots →
This entry was posted in Special Report and tagged batman, captain america, facebook, fired, global financial crisis, jobless, new york, obama, robin, smia oots, the brutal times, the falcon. Bookmark the permalink.

One Response to Batman Fires Robin