Water and Oil Hot Properties in 2009 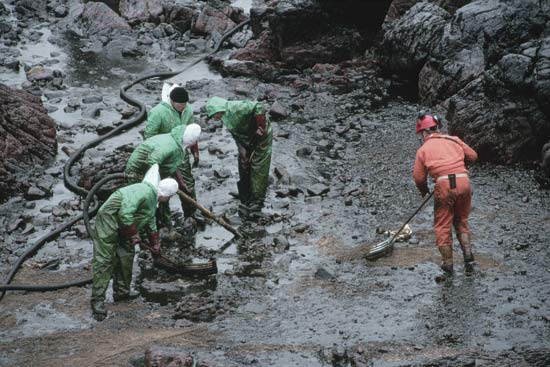 Business Jesus (Special to the Brutal Times) – With changing weather patterns, unstable leadership in the Middle East, and a global hipster population that would rather play Nintendo than put their noses to the collective grindstone and innovate their way out of the current economic crisis the way their forefathers and mothers did, many investors are scratching themselves looking for a safe spot to store their hard-earned nest eggs.

Thick hot black oil, pumped lovingly from the juicy sun-drenched sands of Saudi Arabia is shaping up to be the cash camel of 2009. The oil gushes out of the ground and soaks entire families and their pets. It leaves a sticky residue that investors are counting on to ride out the current brutal economic downturn caused by the housing crises. Both medium and long-term oil-based securities are forecast by prestigious Caribbean think tank MyGoodies to rack up record profits as people all across the globe pick up blunt instruments and go at it one on one.

“Over the next two to three years with the opening up of the Canadian north by U.S., Soviet, and Danish forces to unlimited petro resource exploration we’re going to be witnessing an engorging of petro-based assets,” concurred Heartland King, 19, who is in charge of executing global energy exploration for BB FunCorp. “It’s exciting to see, because before we die at each other’s hands, fighting over these last scraps, bits and bites, we’re all going to become so rich we’ll become rock stars.”

Water, which is the world’s most popular drink according to Wikipedia, is also said to be a prime mover in ’09. As irksome ice melts and all the animals and their play friends die oceans are going to dry up. When consumers begin to pay $757.97 for a single drop of water savvy investors like Katherine Jaleps are going to become so rich they’ll be like rock stars.

“I invested heavily in (former) Toronto mayor Melbert Lastman’s Urban Geyser start-up and people laughed in a sort of throaty sexual way that made me shake with rage,” said Ms. Jaleps, 40. “But although my stock hasn’t risen substantially yet, after Bush goes into Iran and Russia takes Canada, we’ll see who’s the comedian.”

Even sane people are buying heavily in oil and water.

Tito Cebrito, who produced two children – a boy and a girl, and has not cheated on his wife, has been setting aside $540 Canadian a month ($6,8976.98 U.S.) and placing it into his Royal Bank Canada Side Salad Fund (named in reference to the similarities between simple salad dressings in Canada and the hot properties oil and water themselves).

“I want my kids to know ‘Dad thought ahead'”, Tito says, gesticulating. “Because the statistics show my neighbor is gonna come at me, and try to take what’s mine, outta necessity.” Tito seems to be saying that although he doesn’t expect to survive the street carnage that will erupt as people scrap over food and basic needs in the last days, he feels strongly that somebody somewhere like his kids will care that at least he tried to preserve their place in the class society.

Dan Oots, who manages CIBC Canada’s Fear Fund portfolio, says that market needs dictate upturns and downturns. He is hoping in the final seconds he`ll “somehow turn into Barack Obama and get so many chicks I, like explode.” Crucial to the realization of his scheme is an angel investor program which forces strangers he meets on the bus to give him twenty dollars a pop, which he then sometimes funnels into an energy-targeted investment fund. Even his wife, Alma, doesn’t know of the fund’s existence.

Your own personal BJ, Business Jesus rowed his dingy ashore to the scattered applause of Wall Street and Main Street. Wiping his hands on his Julian Assange jeans, Daoist Jonesist BJ never sleeps, and never scrolls down. His rants are to be collected this spring in a 24 billion page tome, OK Comptroller, available in tablet or liquid form.
View all posts by Business Jesus →
This entry was posted in Business Jesus, Schadenfreude and tagged business jesus bbfuncorp, finance, hot property, oil, sound investment, the brutal times, water. Bookmark the permalink.

2 Responses to Water and Oil Hot Properties in 2009