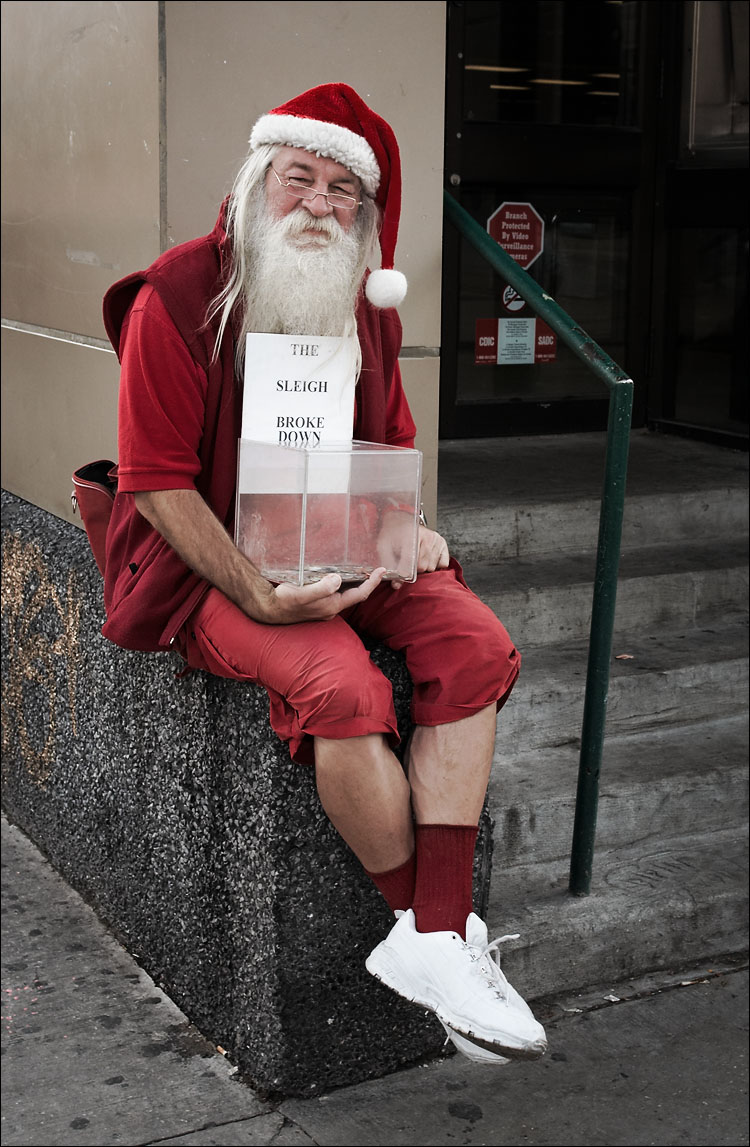 By The Brutal Times, NEW YORK CITY – After more than a month of unexplained absence from the Internet machine, global hipster favorite the brutal times.com has scored a big win this week as Santa signed an exclusive 7-year contract to write for the site.

“Santa brings a lot to the table,” said Toro, clutching a large steak knife. “We as an organization recognize his talents, and we know he’s gonna like his new home here on the Internet.”

Santa himself rarely appears in public and is thought by some to have lost the ability to speak after having his tongue removed several times due to cases of frostbite. Yet reporters and marketing executives in attendance were pleasantly surprised when Santa, dressed casually in chinos, flipflops and polo shirt, took the tiny podium following Toro to say a few words:

“I want the young people to listen to me. I want them to take off their condoms and chastity belts. I want the foreigners to stop griping. I want to see missile silos cleaned properly. I did not have sex with that woman.”

Santa will appear online shortly after receiving an intensive kompyooter machine brush-up tutorial in which he will be schooled in the ancient languages of Eggcell, PowerPoint, and Cobalt. After that, he will proceed to his cube at the Brutal Times in balmy Tokyo, Japan. Mr. Toro says that we can expect articles to appear from Santa “shortly, soon, or in the worst case, never.”

Everyone on my block is holding their breath.

A bit of a toff, really, Admin inhaled the classics early. His ears are ringing and he plans...to answer them.
View all posts by admin →
This entry was posted in Japan, Santa and tagged christmas, power point, santa claus, the brutal times, the serge. Bookmark the permalink.