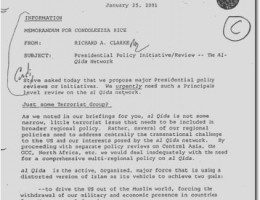 By Smia Oots, ARLINGTON – US President Barack Obama, fullfilling his campaign promise of more openness in government, ordered this morning that 16 more cute pet stories be released to the public.

The soon-to-be-released 16 cute pet stories brings the total of cute pet stories released to public view by Obama to 17. On his first day as president he released “Topps: the Story of the Cutest Dog with Whiskers”. The 180 word story featured a photo of Topps, which spread over Internet chat rooms dwarfing everyone’s attention for weeks.

“I couldn’t remember who, or where I was,” Ben Haiye, 25, said, recalling how days and months after he had downloaded Topps’ creamy visage from his kompyooter machine he was unable to move his limbs or cry for help. “But that’s not to say I wouldn’t do it again,” he went on.

“Sixteen cute pet stories will be released to the unworthy public,” confirmed Fern Bo, an White House hanger-on. “And I just think it’s so great of Barack to be doing that,” she went on. She had that whole sexy waif look going on; underfed and underslept, but it kinda worked for her.

“No, I am not happy – about Obama’s decision to release these…pet stories,” whined barista Todd Hill,21. “I voted…for Obama because I thought he was something different; it’s just more of the same pap,” he totally over-reacted.

One of the new cute pet stories is about a cat named Rags, the Brutal Times has learned.

Rags is an invisible cat whom only appears on rainy nights at 3am. Then, Rags sinks its ten inch fangs into its victims’ necks and sucks out their mucas supply. Then when the victims go to blow their noses they blows their brains out.

“I think they are going to very seriously regret having rushed these so-called “cute pet stories” out to the public, said Chip Valse, an anonymous spokesperson for potential 2012 Republican presidential candidate Mitt Romney. “There are a lot of stories in there that are going to keep you and me and our families up all night,” he ejaculated.

Cute pet stories and their erstwhile Internet companion, cute pet videos keep a lid on things worldwide. Before their invention in the ’80’s looting was pandemic. Just looking at a cute fuzzy-wuzzy has been known to calm even the most brutal of men and womenfolk.

That last part I just cut and pasted from some random source.

Smia Oots is a free-floating wild card racked up on painkillers and an automated sequence of commands who came to Tokyo to pursue her interest in social drinking. Always in search of new moments that can only live on in recollection, Oots asks we put the Enlightenment behind us, stat.
View all posts by Smia Oots →
This entry was posted in Presidential Daily Brief and tagged cute pet stories, mitt romney, obama, obama 2010, Presidential Daily Brief, smia oots, sute pet videos, the brutal times. Bookmark the permalink.