U.S. Not Leaving Afghanistan, Just ‘Wants to See Other People for Awhile’ 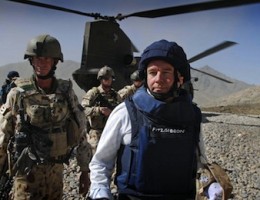 By Barry Hussein, KABUL – U.S.A. America defense minister Robert Gates brushed off rapid fire interrogation from town criers gathered at Denny’s yesterday, as they (the criers) demanded to know if the United States (U.S.A America) was leaving Afghanistan as rumored on the street.

“Oh no you guys,” Gates said, “we just want to see other people for awhile.”

Gates, and U.S.A. America United States et al have been in an 8 year relationship with mountainous Afghanistan.

“At the start the relationship was exciting, like a sort of conquest,” explained Secretary of State Hillary ‘Hot’ Rodham Clinton, rummaging through a pack of Pringles sour cream and onion potato chips. “But in any lasting relationship one partner can’t remain on top forever – it gets stale,” she went on.

“How are those chips?” a crier asked.

Speculation as to the real reasons behind the current shying away from Afghanistan by the U.S. was rife at table 7A, where a family of four were wolfing down towering stacks of pancakes and homefries. I crawled under their table for a listen.

DAD: Well Jimmy, you’re old enough to think about politics now, whadduh you think the president thinks we oughtta get out and play the field for a while?

JIMMY: Essentially, I think what President Obama and others on his staff are thinking is that they-”

DAD: Right – they want to try other sizes, which is natural, nothing wrong with that.”

MOM: They met someone in a bar, someone exciting.

SIS: They’re hamstrung by a mixture of guilt, fear and ennui.

Nevertheless officials in the highest ranks of the government are denying that the U.S. is dumping Afghanistan.

“I called Afghanistan just last night and its cool with you know, just not taking things so seriously for a while while the president (Obama) thinks things over about you know, where he wants the relationship to go,” Mr Gates ejaculated.

A ferocious intellect, Barry Hussein is not for everybody. Twisting and frugging the nite away, Hussein entices us to sniff his mink sweatpants. Covered in cake, he muses, "Sometimes the hardest sweatpants to fill...are your own."
View all posts by Barry Husein →
This entry was posted in Presidential Daily Brief and tagged afghanistan, barry hussein, break ups, breaking up is hard to do, couples, dennys, hillary hot rodham clinton, obama, Presidential Daily Brief, pringles, relationship advice, Robert Gates, sour cream and onion chips, the brutal times, town criers. Bookmark the permalink.

One Response to U.S. Not Leaving Afghanistan, Just ‘Wants to See Other People for Awhile’