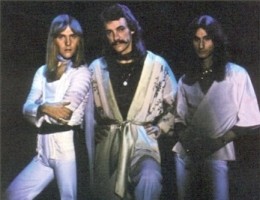 “In my mother’s basement – it’s got laundry.”

And the thing of it is is that so many of these dudes and the occasional dudette enjoys recreational hipsterish use of Canadian prog rock gods Rush’s 2112 album.

“I listen to it over and over again,” admitted Mr Ross. “Mockingly, of course,” he went on.

Ironic usage of Rush and other Canadian shock rock musicians has been on the rise lately according to an April 1991 MyGoodies/InfoSandwich poll.

“It’s been, ah, on the rise,” said MyGoodies pollster Desmond Baird. “And lots of these same folks thought they’d add to their hipness by buying a suite in Markham’s Rush 2112 Estate Condos,” he went on.

“Well, I guess so,” he added, looking down at something.

But since the towering 2112 address was completed last month only 2 of the 2112 units have sold. Susanne LaBeoffe, a Markham stereomom said she was unsure if she would even move in to her suite on the first floor behind a massive Shopper’s Drug Mart and McDonald’s hamburger restaurant.

“I’m unsure now if I’ll even move in now” she said.

But what’ll you do, Sue?

“Maybe I’ll just abandon it and let druggies live there,” she said.

So what’s your plan, Stan?

“I’m gonna paint it all black,” he said.