People With the Same Name are the Same 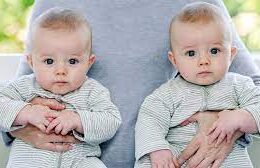 By Smia Oots, SOUTH BRONX – If you’ve been thinking most people named Neil are hard to get along with you’re not alone says a recently released document from Internet super snooper Edward Snowden, 36.
“People – persons – named Neil are notorious dicks,” the bespeckled former Dell computer whiz told media via Russian news service iTar-Tass Wednesday. “You look at their emails and patterns begin to emerge,” he went on.
What about girls? Is it just boys that got the same names that’re basically the same?
“Not basically the same – the same.”
OK…
“You take two Neils…they’re not just similar – they’re identical. And that’s why I do my best to avoid them.”
I guess they’re aren’t a lot of Neils in Russia.
“…”
But so then, the girls?
“It’s…I mean, what we’ve seen with the emails, and calls and just basically people watching…they’re the same, exactly, identically the same.
OK. Then so who is good?
“Girls named Julie you definitely want to avoid. Uh…Jane – run. Yvonne, Cindy…I’d avoid…”
Yeah, but who is good? Who is nice?
“Uh…Teresa’s OK, I guess…Fatima…”
You don’t care much for people, do you?
“Well, I-”
How many people you innerview fore you publish your theory?
“It’s not a theory – it’s a fact.”
Name some person you like.
“…”
Name…one person you like.
“…”
Oh, come on.
“Lou Ferrigno – I like Lou Ferrigno.”
But he’s not a real person.
“Sure he is – he played the Incredible Hulk on TV.”
I didn’t know they had TV in Russia.
“No- I wasn’t in Russia when…when the Incredible Hulk was on TV.”
Well, I was hoping you’d name someone like a favorite teacher or a first girlfriend or pet.
“People named Lou…have strong personalities…they like to help people. They’re all right.”
Make sense?

Smia Oots is a free-floating wild card racked up on painkillers and an automated sequence of commands who came to Tokyo to pursue her interest in social drinking. Always in search of new moments that can only live on in recollection, Oots asks we put the Enlightenment behind us, stat.
View all posts by Smia Oots →
This entry was posted in Stories For Tops and tagged edward snowden, lou ferrigno, people with same names are the same, the brutal times. Bookmark the permalink.