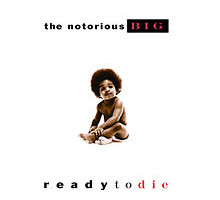 By DJ Salinger, BY THE POOL – It was revealed last week on Internet music aggregation site The Daily Swarm, among other places, that reformed punk pioneers Iggy & The Stooges will release a new album later this year.

The title? Ready To Die. Sound familiar? It should. Ready To Die is also the title of rap king The Notorious B.I.G aka Biggie Smalls masterpiece debut album.

Ain’t no one in the Stooges know their hip hop?
Holy batfumble, Robin!
Someone stop the presses before it’s too late!

Better than nothing, DJ Salinger shakes it where the sun don't shine. BT' s resident recluse on the loose, Salinger is the trouble with this generation, begging the question, What is the sound of one fist bumping?
View all posts by DJ Salinger →
This entry was posted in Exclusive! and tagged batfumbels wwwthebrutaltimes.com, dj salinger, fuck ups, New Stooges album has the same title as The Notorious B.I.G.'s first album, New Stooges CD has the same title as Biggie Smalls masterpiece debut album, the stooges new album with james williamson, Thinking Man's Rock. Bookmark the permalink.