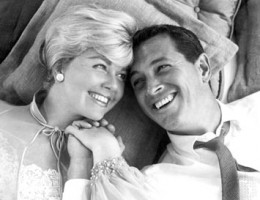 “Stop saying that I ‘study Japanese in Starbucks coffee restaurants’ “, he said, “it’s hurting my game.”

“That’s not true, what you just said,” he said.

And then the TOEIC test hated by many Japanese as required to gain entrance to prestigious companies as Sony, BB FunCorp and so on had changed. As of yesterday that test required new Pillow Talk Section.

I was so shocked at that news.

So Ms Kotohara Mitsue, 56,  had studied long hours at Ikebukero’s English Prison conversational school. Then her teacher of conversational English Mr Chad DeBarge, 23, of Miami  had suggest her to turn to page 69.

“Only later did I learn I had made an horrible mistake,” Mr Sato informed me in Japanese by way of FAX modem. “Mr Chad had merely carried out his new duty according to the guidelines posted on the wall of his cube at English Prison,” he lamented.

Yes, as of September 2009 Japanese system had changed to require pillow talk be made a part of the curriculum of all TOEICs.

“It’s kind of a conspiracy theory we cooked up and put into action in our free time,” explained Fred Young, a spokesperson at Tokyo’s US Embassy. “It comes from the top down – Obama knows about it, he came up with the plan and he even wrote a lot of the spicier dialogues,” he went on.

3 Responses to New TOEIC Test to Include Pillow Talk