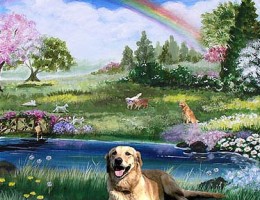 Amidst vicious rumors surrounding the deceased “King of Pop”, 50, and the looming potential familial in-fighting over kids and assets, a new fear has taken center stage for Mr Jackson’s fans and others who are bored at work and reading this on their computer machines:

Rock and Roll Heaven is ‘full’.

Reports that Rock and Roll Heaven, (also known as Rock n’ Roll Heaven to eco whites) had done filled up trickled out of France in early May.

“Rock n’ Roll Heaven is full,” fluffed Paris barista Bruce Henderson,74, using the online social networking tool Fluffer, Tuesday, in an exciting online discussion board with interesting bored people form all over the planet. “The last guy who get in to the Heaven, he have to be Axl Rose, you know – Gun and Rose,” he clarified.

But sadly Mr. Rose will nay be getting in to RRH neither.

“Rock and Roll Heaven’s last admittee was Hainer Goolens, drummer for Cheap Trick during the Bosnian tour 1992-96 while Bun E. Carlos was focusing on his acting career,” informed Janet Hamlet, 8, who lives at home since being laid off from the U.S. State Department in October.

“Before that, it was Tupac,” she went on.

Anyway, MJ has missed the boat/bus/nightflight to Venus, and now folks are worried.

“Oh Godddd!”, moaned my co-worker William Dip, 36, as we punched meaningless data into the Internet machine at our work stations Tuesday. “And it’s not just Michael – it’s that whole generation that’s gonna suffer,” he went on, “Phil Collins, Talk Talk and The Eurythmics…”

But can anything be done?

“The only way would be for space to be freed up and then Michael could ascend up there, ah from ah the fiery pit,” claimed Memo Gaffe, 20, who performs in Canada’s famous Le Cirque du Dust Mite.