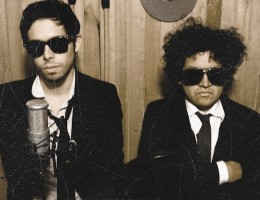 By The Serge, TORONTO – Once again, flying in the face of everything, the upper crust is deeming to dump on, er, the lower crust. Case in point, according to a landmark study issued by prestigious Carribean think tank MyGoodies, nameless drifters face a housing shortage like never before.

“Oh, dude, if you’re thinking for one minute of giving up your plush corner office and striking out as a nameless drifter…um, don’t,” chimed a nameless drifter, who refused to be named in this article, or, basically anywhere?

He/she/it is not alone.

“When I refused to sign the Hilton hotel register, they wouldn’t accept me as a guest,” another unnamed source said Sunday. “Basically, we live in a totalitarian state.”

Is there stuff we can do about it?

“Nameless drifters have always and will always face discrimination,” said pert Canadian model, Undo, 58. “In the Sixties, I partied with tons of ND’s and it was sooo cool,” she went on.

Aren’t you a little too young for the Sixties?

“15, yes. I drank illegally, and shot narcotics in my veins.”

Yeah, I dunno. But anyway, that’s too young to have been doing any of that stuff.

What? Why are you laughing?

“When did you have your first drink of alcohol?

Me? Uh…well, I don’t see how it’s really relevant…

“So. You were never in with the in-crowd.”

“And you tell yourself you weren’t missing out.”

“You amuse me very much.”

“The Internet is populated with people like you – too boring to ever go out.”

OK, OK, point taken, let’s get back to nameless drifters.

“If you like them so much, why don’t you marry them?”

Maybe because…I don’t want to spend the rest of my life sitting round the breakfast table literally guessing the name of the person sitting across from me.

“But we can never know the interior lives of a stranger.”

“I will introduce you to ten nameless drifters at a soiree tonight at 7. Take my dare – marry one of them, it doesn’t matter who, obviously.”

Channeling Pascal (The source of all man's misfortune is his inability to stay in his room) the serge confides, "In my day, we didn't call them love hotels - we called them sex hotels." Begging the question, Vuvuzela avec moi, ce soir?, BT readers get so much pleasure out of his columns they...ought to be punished.
View all posts by the serge →
This entry was posted in Exclusive!. Bookmark the permalink.