‘My Life Was A Pecan-Glazed Hell’: Confessions Of A Wicker Addict 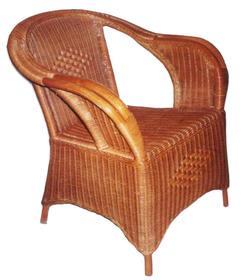 By Marshall Stack, NEW YORK- Luke Lundy speaks quickly through thin, lip balm stained fingers as he peers furtively out at the world through the same fingers he is trying to speak through. This is no easy task for the recovering wicker junkie but it’s a challenge he’s ready for. After the past four years, he’s ready for anything.

“In a word, I was doing very, very well. The firm was prospering and I had more money than I knew what to do with,” Mr Lundy, 33, recalled in a candid interview with The Brutal Times, Wednesday.

Surprisingly, it was a mere chance meeting with renegade furniture dealer Marc “Buzz” Boissoneault that started Lundy on a road paved with classic rattan and tears of hot frustration.

“I had just re-done the basement in a nice tiki theme and I needed an end table. I ran into Buzz at the ‘Horn o’ Plenty’, a local furniture market out on the highway. He had a stall out there. He asked me if I knew the difference between rattan and wicker and I sure didn’t,” Lundy elaborated.

Boissoneault capitalized on Lundy’s naiveté and steered him over to set of wicker barstools at thirty per cent off.

“I didn’t even have a bar!” Lundy says now. “But somehow, he made them sound so…essential to my well being. And their legs were so brown and shapely that I simply lost control. And I liked it!”

Under Boissoneault’s potent urging, Lundy spent over thirty thousand American dollars (four hundred Canadian dollars) on wicker furniture and accessories in a two day period. This was just the beginning.

“I bought a couch, I bought loveseats I had no room for, a chaise lounge…” Mr Lundy whispered.

Lundy says he thought he could handle it at first but soon the slacks of his well ordered life began to overflow at the seams. His friends began to notice his erratic behavior. They also noticed the enormous pile of furniture in his Williamsburg back yard.

“In a house packed with chairs and couches and whatnot, there was literally no room to sit down,” whines long-time pal Arpi Carpenter. “He was clearly coming unhinged but his place looked incredible… at first. He just kept buying, buying…”

Luke and Marc soon became inseparable, and as Luke’s rattan monkey scratched higgledy-piggledy across his back, they hit every store in the downtown area only to head out into suburbia possessed of a thirst only wicker could slake.

Finally last June, Luke’s creditors could take no more and the heady ride was finally over.

“I was just sitting there on the lawn after the collection people left. I had nothing. Just an alarm clock and twelve high backed chairs. When Buzz found out I’d lost my line of credit, that was it. He stopped calling, and when I tried to see him at the ‘Horn o’ Plenty’ he hid in the big gourd. I knew it was time to get help.”

Luke sought out the services of Dr. Theo Bertoddi of the Bostitch Institute; famous for advancement in voice altering procedures for celebrities wishing to disappear.

Most recently the prestigious Swiss hospital has founded a task force to deal with this new psychological pandemic; furniture addiction.

“I could tell immediately that he was chasing the ‘boo(*) alright.” notes Bertoddi, his words laced with streetwise jargon. “The guys flyin’ on furniture usually have that bright lemon scented shine over them. See it a mile off, then you know, as they say, you’re in ‘Wicker Town, bro’. Luke was one of the worst cases we’d seen in a while. Must’ve been polishing for days.”

Now, eleven months later, Luke is a success story. He’s paid off his debts, all those extra couches and chairs have been returned and he hasn’t seen Buzz in years.

There were moments when I would’ve ripped his face off for a single trip to “Pier 1 Imports” but that’s over. These days, all I have are chapped lips but….it’ll be alright,” concluded Lundy, as the sun slowly sank through his tiny attic apartment window. “I never think of wicker now,” he said.

Failing to heed his own warnings, specialist in moral turpitude Marshall Stack has hit a roadblock. Yes, gang, just like you and me, he's the opposite of delicious. According to passersby, Stack possesses that rare commodity of being able not only to control his own weight, but also that of others. We're so proud of him for not breaking anything.
View all posts by Marshall Stack →
This entry was posted in Featured Brutality and tagged addictions, bamboo, boo, courageous stories, marshall stack, my life was a pecan-glazed hell: confessions of a wicker addict, pier 1 imports, rattan, steinberg, the brutal times, wicker. Bookmark the permalink.

7 Responses to ‘My Life Was A Pecan-Glazed Hell’: Confessions Of A Wicker Addict