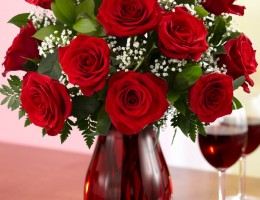 “His shit doesn’t stink,” ejaculated Tiny Blast, 20, a tiny trombonist, who has known Mr. Beaujong for three months, since the two met in a park late one night. “And not in the metaphorical sense, as in “He’s a really good guy n’ real honest n’ all that,” he went on, “It literally doesn’t stink.”

Long a cliche and grist for comedians and those who love a laugh, the fact remains that Beaujong’s poop chute indeed smells like spring roses, say former co-workers at Billy’s Bank, where Mr. Beaujong was in charge of checking and updating systems before he was fired in favor of a younger, more stylish worker, Troy Sabolet, 20.

“Ron was fired because he was a pig, a real pig,” chimed Beaujong’s ex-manager, Cat Stevens, 43, (of no relation to the famous folk singer of the same name). “He was insulting, thick, and an incompetent boob. I hated him,” Stevens kept talking.

Nevertheless, colleagues who broke bread with Beaujong in the company cafeteria, Breaking Bread, said when he farted “rose-scented aroma plumes would rise from his buttocks and fill the air with, well, a rosey kind of smell.”

“When he farted, rose-scented aroma plumes would rise from his buttocks and fill the air with, well, a rosey kind of smell,” ejaculated Elaine Kong, 67, a data entry specialist, who often sat next to and sometimes across or diagonally from Mr. Beaujong at lunch in their swank company cafeteria.

How do you know it was Mr. Beaujong that farted?

OK, but, so, basically he’s interesting because he –

“On one hand he fulfills your expectations and on the other hand he breaks them.”

By breaking wind, you mean.

So but he was a bastard, though.

“I guess. But I mean the main point is about the roses.”

No-no, the main point was about how his shit didn’t stink – rather – doesn’t stink.

“I guess. Look, I have calls waiting on the other line.”

But, it didn’t stink, right?

Right. And also it didn’t fulfill the cliche that, you know, people who tend to say that – that their shit don’t stink – turn out to be the opposite, metaphorically, so that in fact their shit does stink, very very much so, and they’re in fact, you know, some of the worst people.

“I don’t think I follow. Do you keep saying the same thing?”

Well, OK, look, does anyone else understand what I’m saying?”

And who are you?

“That’s not important for the moment. Let’s just say, I’d rather not be named due to the fact that I’m not authorized to talk about this story.”

“But do you want my opinion, or what?”

“All right squire, strap your golden wings ’round my engine.”

“I can tell you things that’ll make your head spin.”

“You want to know if Mr. Beaujong was claiming to be a good guy, but if in fact, he wasn’t, like, a good guy.”

“Well, I think that about covers it.”

You said you were going to tell me something interesting.

Oh, fuck. How do you people stay awake over there?

Over there in England, where you’re from. Conversation with you is like entering a coma state.

“I’ve made your head spin.”

“How much you make for one o’ these?”

“You get paid to write these kind of foolish stories – ‘Man’s Shit Doesn’t Stink’?”

“Where I’m from, you’d be lucky to find yourself a job digging a ditch.”

Sounds like you need a new definition of luck. Dude, everyone knows England sucks. Why don’t you move to Japan? It’s almost like the U.K. only there’re fewer blokes about and the weather’s not as bad.

“What would I do there?”

You’d hang out at the local British or Irish pub, looking down your nose at everyone.

“That doesn’t sound half bad.”

Not if you can live with yourself, it doesn’t.

Yes. Basically, it’s a turn-on, only if you can do it and convince yourself, and preferably others, your shit doesn’t stink.

Obviously, pretty much stinks. Which is why we chose to cover this story, because, uh, of the uh, originality.

“The originality of whom?”

That’s right. Listen, I have a thing-

“It would be a lot more credible if you said who the man was, listed his birthdate and so on and perhaps interviewed him instead of just taking random samples of interviews about him.

“Yes, I would think that would be obvious standard practice when, uh, approaching a, uh, story of this kind.”