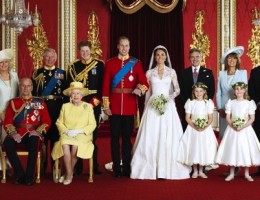 Neither Prince William nor Kate Winslet is working, and the Queen is getting older and soon will have to be put in an home. The cost of housing her, if she fulfills Coco Nostradamus’ predictions and lives another 120 years, and clothing her, if she chooses to be clothed again, is said to be mathematically impossible.

Prince Harry owns but one pair of jeans.

Camilla sleeps in a park.

Fergie has been forced to sell her looks by performing in the Black Eye Peas.

“King Lear lived in his car, eating peanut butter out of a jar.”

“Don’t know exactly what you mean by that.”

I mean…that…must have been harsh, dude.

Yes. Hard – difficult for him to do – given his position as king, and such.

“Did you think I was stupid?”

“Did you think I was stupid, or something, as you chose to speak to me like an idiot?”

I don’t see where you’re going.

“‘Harsh, dude’. It wasn’t ‘harsh’ – King Lear was an tragic historical figure whom lived a life of agony and sacrifice that neither you nor I could scarcely imagine, so to trivialize that with the most idiotic reductionist catchphrase of the day is to assume the mantle of the moron, to become, in effect, the stupidest person alive. All at the expense of trying to momentarily appear cool.”

“Just whom were you trying to impress, exactly?”

No, I…everybody uses that – those words – these days.

“Incorrect. I think if you’re aiming at a high class audience – the kind whose email addresses and phone numbers you’d like to see dotting the lunar landscape of your bedroom wall – you’d best level up your lingo and cut out trying to look so goddam hip and up-to-date. It only makes you look stupid.”

Your own personal BJ, Business Jesus rowed his dingy ashore to the scattered applause of Wall Street and Main Street. Wiping his hands on his Julian Assange jeans, Daoist Jonesist BJ never sleeps, and never scrolls down. His rants are to be collected this spring in a 24 billion page tome, OK Comptroller, available in tablet or liquid form.
View all posts by Business Jesus →
This entry was posted in Stories For Bottoms and tagged Business Jesus, coco nostradamus, eating peanut butter out of a jar, How the Royals Save Money, kate middleton, prince william, royal watching, the brutal times, the brutal times.com. Bookmark the permalink.