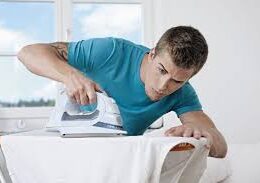 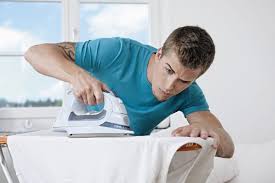 Just one more hour on this thing.

By J. Andrew Hollingsworth, Special to The Brutal Times, RIYADH – I was ironing my shirt for work, the white long-sleeved one, and I was almost finished when I noticed that I had ironed more wrinkles into it.

I’d say there were about seven more wrinkles on the left sleeve alone. Unfortunately, I didn’t take any photos of the shirt before I started ironing so I can’t be totally sure it was seven but if I had to testify against myself in a court of law that’s the number I’d tell the judge.

On the right sleeve, on the back where the buttons are, I had added 4,719 new wrinkles. This number I’m pretty sure of, because I’ve been working on a still life of the sleeve and I can just glance over at it any time to check.

Counting those wrinkles caused me to have to take more time off work. All in all, I’d say it took me six months to count them. But then I wasn’t sure if I counted right, so I went back since I’m a perfectionist. Some of the people at work were angry I took time off for something like that again. Actually, all of them were angry. I guess angry doesn’t totally cover it. Maybe a few like Reg and Leona and Gerhardt and Niel and Trina and Mr. Ho and Gina and that guy who I forget his name and those other guys who have the hair and the bald one and a bunch of others and even the guy who just sits at the reception in that rent-a-cop outfit – I’d say they were furious.

But that’s people for you.

So but I ironed a fair number of new wrinkles into my beloved white work shirt that when I’m working I wear every day although I did go bare-chested when it got stuck in the dryer and I was running late those couple of times.

Being on time is everything. But you need a wrinkle-free shirt, too. But, boy, what an ordeal that’s shaping up to be these days. I can remember a time when I’d glide my iron over my beloved white work shirt and just slide those wrinkles right out with never a chance of adding an extra wrinkle.

Oh my god, no I can’t. I mean, I think that’s the way things used to be, but I’m not actually totally sure. Hmm….Hmm… But still it’s probably better to force myself to remember it that way. That’s what I’ll do, at least for this month.

A bit of a toff, really, Admin inhaled the classics early. His ears are ringing and he plans...to answer them.
View all posts by admin →
This entry was posted in Ordinary People and tagged ironing trouble, man irons new wrinkles into shirt, the brutal times. Bookmark the permalink.