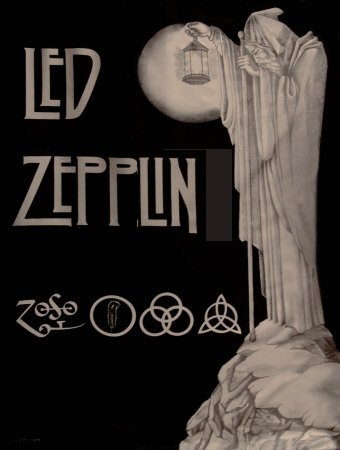 By DJ Salinger ENGLAND (London) – Despite the undeniably joyous atmosphere that reigned here at London’s prestigious 02 arena as rock giants Led Zeppelin prepared to take the stage for a long-awaited business reunion Monday, one burning question hung over the event much like a roiling burbling black storm cloud.

After 23 years of silence and denial, would the band at last, relent and welcome fans guilty of misspelling the group’s name back into the fold?

“I loved Led Zepp when I was in high school,” said 42-year-old marketing executive Stan Kayton, of Dallas, Texas. “But after word got out that I had misspelled their name when I wrote it on my pencil case, no one ever forgave me,” he said.

Kayton claims that not only was he a victim of ridicule at school, but also that after school chums faxed a copy of his photo to the band’s management he received mocking phone calls from Zeppelin album cover designers.

Kayton was apparently not alone in his experience of the “Zepplin” backlash.

According to the band’s official historian, J Clifford Sines, by 1973 “the band had had enough; after almost four years of standing on stages and looking out at an audience decked out in ‘Led Zepplin’ jackets, buttons and headbands, they issued an official policy directive barring entry to any future shows to such persons found guilty of misspelling the band’s name.”

Sandy Magee, a 22-year-old philosophy student, hastily stripped off her homemade “Led Zepplin” t-shirt after several sour-faced looks from other Zepp fans waiting in line at Monday’s show cued her in to her fashion faux pas.

“Oh my God, it’s so embarrassing!” she stammered, as helpful fellow ticket holders slowly guided her through the necessary brush strokes required to paint a properly spelled “Zeppelin” t. “I’ve been misspelling it for years,” she exclaimed. “I’ve written it that way on everything – my book bag, my lunch box…”

But at precisely half-way through the night’s powerhouse set, singer Robert Plant suddenly raised his hand and ground the band to a halt. With “Black Dog” held on pause, he looked over at guitarist Jimmy Page to his left, then back to bassist John Paul Jones at his right, and then spoke into his mic.

“Jimmy, John Paul, and I…forgive you.”

Amidst the roar that went up from the 22,000 strong crowd, the bearded lanky lead singer then stripped off his long-sleeved shirt to reveal underneath a plain black homemade t-shirt with the words “Led Zepplin” written on it in white.

Better than nothing, DJ Salinger shakes it where the sun don't shine. BT' s resident recluse on the loose, Salinger is the trouble with this generation, begging the question, What is the sound of one fist bumping?
View all posts by DJ Salinger →
This entry was posted in Featured Brutality, Stories For Bottoms, Thinking Man's Rock and tagged dj salinger, england, jimmy page, led zeppelin reunion, london, robert plant, spelling, teen angst, the brutal times, Thinking Man's Rock. Bookmark the permalink.