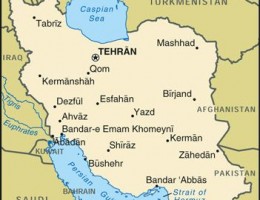 By Styles Cradgerock, DETROIT – As you know we’re all connected by the globalization. And so the unrest in Iran is threatening our air miles.

Accidental Airlines, one of America’s premier low budget fliers says millions, maybe zillions of miles may not be honored or waved entirely due to the crisis.

“Until the political situation in Iran is resolved Accidental, or any of their Star Alliance partners will be unable to facilitate air travel to or fro Iran via le air miles,” Carton Max, spokeshuman for Accidental said through a wad of crumpled up kleenex.

Millions of stereomoms and dads wishing to kick back in Iran this week using squirreled away air miles are screwed.

“We’re…just irate, with hate,” said Laura Hunt, 26, a hedge fund manager from Chicago. “These air miles were guaranteed by Accidental, and they deserve instant death,” she went on.

Other folks who didn’t even know what an air mile was screamed bloody murder when told of the crisis in the skies by The Brutal Times.

Iran, for its own part has stayed mum on the subject, choosing instead to sort out its election thingy first.

President Saddam Hussein is expected to win by a wide margin, but some folks are tiring of his regime, brutality and so on.

“We’re looking for someone younger,” says John Robinson, a tailor and taxi driver in Tehran. “That would blow everybody’s jets.”

Closely following the rules of Pythagorus - to abstain from beans, not to pick up what was fallen, not to eat the heart, and refusing to look in a mirror after midnite, Cradgerock gets all up in the grills of all the world's leaders and their pets like you knew he would.
View all posts by Styles Cradgerock →
This entry was posted in Iraq and tagged accidental airlines, air miles, iran, iran election, saddam hussein, styles cradgerock, the brutal times, thingy, unrest. Bookmark the permalink.