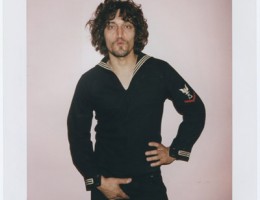 By The Serge, PARIS – This famous French city is being shock-rocked this morning as town criers shriek the news that the world’s most famous recluse on the loose has died.

Fans grunted, shook their hairy fists and turned over cars in response or unrelated coincidence. At least one woman turned over her own car by mistake.

“I turned over my own car by mistake,” she said.

The cause of death in the death has yet to be determined.

Some say the French police are engaging in a deliberate cover-up out of respect for the mysterious preferences of the deceased.

Anyway, he/she/it was found supposedly in the wee hours, somewhere either in the very late hours of the night or just as the sun was coming up.

Francois Batt, who claims to have discovered the body has been blind since birth, or at least for awhile.

“I felt its face and my hand went right through to the other side and touched the sidewalk,” he said, barfing.

Along with pleasuring trillions if not agillions of folks all around the etc, Anonymous, or Anon, as he/she/it was known by friends and the clergy also had a dark side.

“We do know for a fact that he/she/it authored nillions or perhaps dillions of death threats and mad frillions or perhaps undullions of obscene telephone calls over the last thousands of years of he/she/it’s life,” confided Bobbie Oberlin. “Put that in your hat,” he went on.

Scholar Ray Goolens who was taking the same bus as me insisted that the public at large and especially other academics who have more cash than him “totally misunderstand who Anonymous was”.

When asked to set the record straight Goolens asked that I accompany him to the Louvre, a popular French museum.

After downing several boilermakers in rapid succession at the Louvre’s swank poolside bar Goolens told me he trusted me enough to let me in on the thesis of his new book, “Anoymous Unmasked”.

“The meaning of the word ‘anonymous’ comes from the Latin ‘anon’ – ‘potato’, and the Indo-Germanic ‘ymous’ – which means ‘salad’, or more specifically ‘salat’, which at the time Anonymous was probably born ten villion hillion years ago probably referred to the popular greeting at the time between rival hedge fund salesmen,” Goolens explained.

“I’m not…paying for your drinks,” I replied.

Anonymous will be buried next to Jim Morrison of The Doors in a cemetary in Paris.

Channeling Pascal (The source of all man's misfortune is his inability to stay in his room) the serge confides, "In my day, we didn't call them love hotels - we called them sex hotels." Begging the question, Vuvuzela avec moi, ce soir?, BT readers get so much pleasure out of his columns they...ought to be punished.
View all posts by the serge →
This entry was posted in Bookmobile and tagged anonymous, celebrity deaths, death threats, deaths of famous people, good erotica, obscene phone calls, paris, ray goolens, the brutal times, the serge. Bookmark the permalink.