Gingrich Reaches Out to Conservatives 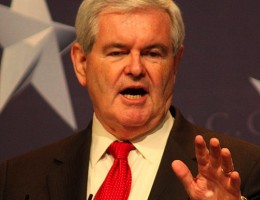 By Barry Hussein, IOWA – Moving his arm and stretching it away from his body, 2012 U.S. Presidential candidate Newt Gingrich reached out to conservatives this week, touching many in places they hadn’t been touched before.

“There’s this place, on the body – I had to look it up in an encyclopedia,” ejaculated Mintner Rowe, 56, a man dressed in an inexpensive dark brown suit. “That’s where Gingrich applied the cocoa body oil,” he went on.

Gingrich’s campaign spokesperson Baron Shack, 23, confirmed Newt will be randomly poking, caressing, stroking and goosing conservatives whenever he gets the chance.

“If you’re not up for it, I’d suggest standing a few steps back from the candidate,” Shack advised. “If you’re sitting next to him on a bus or a plane, you could move one seat over,” he went on.

What if I’m stuck next to him on a crowded elevator?

“You could crouch down.”

Is Mr. Gingrich also planning to reach out to liberals?

How ’bout those guys who dress like they’re in Gap ads?

Unnamed sources within the Gingrich camp say the issue has divided advisors, with some insisting anyone who dresses smartly and spends a lot on their jeans is a de facto conservative, and others, perhaps predictably, saying, no-no-no-no, but wait, hold on a minute here, bro’, my nephew Chas wears those Julian Assange jeans and he’s down their at that Occupy Wall Street thingy, and therefore, we’ll just never, ever know who’s on our side or not.

“Well, for example, they been talkin’ ’bout that, y’know, even this whole debate over trying to define something, y’know, is this in and of itself, just wasting more time?”

“Yeah, and like, why not just send Newt out there touching – sorry – reaching out – to everyone first, and then later go back and count up the number of conservatives he actually touched – reached out to.”

“They’re saying it’s hard to figure out who’s conservative and who’s not.”

Maybe they should just have Newt touch everybody first and figure that out later.

Isn’t Newt too old to be President?

He looks so old…

“Well, there are lots of people older than him…”

“The Queen is older – and she still does a pretty good job.”

That’s right. And the Queen Mum is older, too.

Huh. Where can I vote for Newt Gingrich?

That’s too bad. I just wanted this story to have a happy ending.

“I guess you can’t just tack one on.”

A ferocious intellect, Barry Hussein is not for everybody. Twisting and frugging the nite away, Hussein entices us to sniff his mink sweatpants. Covered in cake, he muses, "Sometimes the hardest sweatpants to fill...are your own."
View all posts by Barry Husein →
This entry was posted in Presidential Daily Brief. Bookmark the permalink.

2 Responses to Gingrich Reaches Out to Conservatives