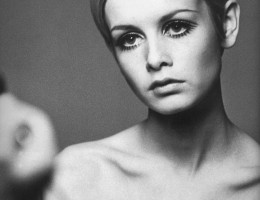 By Business Jesus, Tokyo, GASPANIC SHIBUYA – Tokyo town criers sent tremors through this already much shock-rocked city early this morning when they confirmed what everybody already knew all along.

Top models in Tokyo, Bahrain, and Moscow are staying thin by snorting cocaine.

“I know a top model – we’ll call her Mercienne Phong – although her real name is Mercianne Phong, with an ‘a’ – who stays up all night long snorting cocaine in order to stay thin and trim for the runway,” ejaculated BBFunCorp Models rep Bronwyn Close, 30, spraying tiny spit diamonds into my contacts as she struggled to be heard above the blast of Jay-Z’s Empire State of Mind.

“Oh, don’t trot out that old chestnut. Despite all the crackheads and lowlifes you’ve seen stumbling all across your pathway and sprawled all over downtown, cemented in their own waste, cocaine is quite a glamorous drug when used by glamorous people.”

Top models snort the blow straight off each others’ backs and crevices. Is there any risk of other infectious disease cropping up as a result of this?

“Yes, especially if one top model forgets to clean their vuvuzela. Then we get a domino effect and the whole Playboy Mansion winds up with cooties on its face.”

Top models are snorting up to 50,000 millisieverts of cocaine per hour, the Brutal Times has learned.

Even more damning, a recent survery conducted by prestigious Caribbean think tank MyGoodies has uncovered that 4 out of 5 top models may be internalizing their external feelings about the snorting, causing them to miss stuff like go sees.

“Top models, just like unattractive people like yourself, are unable to absorb more than 5 millisieverts of cocoa leaf into their vuvuzela,” fluffed  Constable Maurice Bo, 19, via the social networking tool Fluffer. “After that, they just become a parody of something,” he went on.

Thin top models are needed by countries to show clothes and drive more than 85% of the world’s economy by generating huge cocaine sales. Families and small businesses rely on the thin top models thirst for cocoa to keep them in designer jeans. Other than Canaduh, where locals hunt giraffe to pay for their Julian Assange jeans, every country in the world swaps jeans for cocoa in some alley or another.

“The sphinx-like demeanor of some top models belies the fact that most of them are in either pre-, mid-, or post-snort mode of operation,” tried Waseda University Professor Rant Foaming, 50. “You…you…show me one…one model…one top model…and I’ll show you a dozen reasons why that young lady has tried or needs to try cocaine,” he went on.

“Please show me that one model,” he kept foaming.

But aren’t there other ways for top models to keep the pounds from logging on?

“Unfortunately, at this juncture, even the most brilliant brains at Apple and Google have failed to think up anything quite as good as cocoa to keep our country’s models thin and trim,” lamented Lana Ektalli, 66, “so I guess we as people who care deeply about these issues have to look our top models in the eye and say, ‘If you want to be thin, you better start snorting this blow here early, take it or leave it.'”