Do You Have a Headache in Your Stomach? 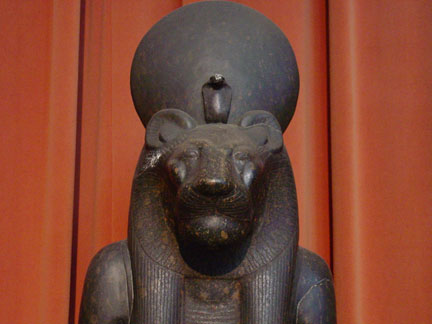 By Dr McGillicutty, MOUNT SUMERU – Each week I’m greeted by the mule pack mail mountain man who crosses many wonderful and terrible realms to bring me what I would classify as a f**king s**tload of letters from you, my loyal readers. First off let me offer my thanks and applause to you lovely brutal timesonians. Without you my life would be as empty as my head.

Anyway, enough of that codswallop, onto the point of my entry this blustery evening. As I sort through that s**tload of garbage mail you kind citizens send me each week I can’t help noticing the number of people writing to tell me they’ve got headaches in their stomachs.

Now, I’ve heard of earaches in the nose, and toothaches in the back, indeed I’ve even treated them. Those are two of the most common problems here in the subtle realm. But I have yet to see a verifiable case of a headache in the stomach. The symptoms most people seem to get are a lack of appetite for thinking, and messages from the stomach (I need more info on this, please mail me if you have more info).

In any case, to bring this steaming pile to a close, the moral of the story is – even though I have never seen or treated a case of headache in the stomach, or a ‘sunglovian‘ as I have dubbed the condition – I have a cure for the condition! Yes! Witness my extraordinary powers of comprehension, I see and know all that happens and exists in the 10 directions, the thousands of brutal lands stretched out endlessly in each dimension; those with roped garden walls, and those without roped garden walls. Those with gates of steel and those without gates of steel. Those with Led Zeppelin III and those who only have CODA, or that album where they are in astronaut suits on the cover, and all the other realms, too. But that, my brutal children, is a separate tale all on its own.

Returning to the matter at hand, the cure for sunglovian13, as I have re-dubbed the condition, is simple. It is so simple that you would never ever think to try it, yet the ingredients to prepare the solution to the problem dwell in the average kitchen cupboard of the average brutal citizen. Take 2 teaspoons of salt, 1 raw egg, 3 tomatos, 2 avocados (whole), and a half a gallon of gasoline (leaded or unleaded – it don’t f**king matter) and mash them all up in a wicker basket, take the basket and burry it 3 or 4 feet deep in your back front of side yard, climb the tree to the left of your bedroom window, make sure to bring that picture of Wayne Gretzky that you keep under your pillow for inspiration, and a lighter. Once you reach the top of the tree, rip the picture in half and light you hair on fire. Jump off the tree and aim for your pool, the big one. If all goes well, you will re-emerge a new and entirely improved person, we kosmotologists refer to this as the ‘liminal state‘ . Not only will your sunglovian26 be gone, but you won’t be quite so f**king ugly either.

Until next time, stay safe and don’t doubt the existence of the subtle realm.

Creepy and inappropriate is McGillicutty's middle name. There's a whiff of self-importance to his smile. Intellectually indebted to Popeye, he's in debt and loving it.
View all posts by Doctor McGillicutty →
This entry was posted in Sick Bay and tagged dr mcgillicutty, headache, Sick Bay, stomachache, sublte realm, the brutal times. Bookmark the permalink.

3 Responses to Do You Have a Headache in Your Stomach?