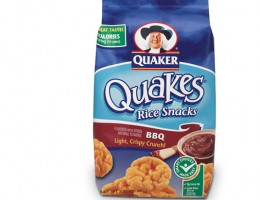 “I’d prefer you use the word ‘tremblor’ as that sounds more exciting,” he said, warming to his theme, “and as you know, the U.N. and our auspices, condemn any attempt by Canaduh, the U.S. or any of your friends to copy the quakes in order to participate more fully in the news yourselves.”

After every battle royale with Nature, folks globally like to up the ante by putting their own probs front and center, say expats.

Aren’t you an expat?

“Sure-sure, but it’s not information that is vital to your reader.”

“I’m going to have to differ with you on that one.”

Then I’m not going to mention who you are.

“And just leave my text just sitting there?”

Happens all the time. You’d see it if you bother to scroll down.

“No one bothers to scroll down.”

OK, so where have copycat quakes occurred? Who’s doing it? Can it be tied in to something like hip hop in a place we haven’t heard of and how that’s helping the youth buy something somewhere?

“Social networking and Twitter are both making the “youthquakes” happen globally, and helping their parents shell out for great-looking gadgets this Easter.”

“Canadian rapper BLT and his arch-enemy Young Seaweed are teaming up to do something somewhere sometime that will piss you off so much you can’t stop watching it until your eyeballs run like raw eggs.”

“Although we can’t control Nature, governments and their minions are working in tandem with the U.S. president, the American Barack Obama, the Canadian Barack Obama Stephen Harper, and the British Barack Obama David Cameron, along with Google, etc, to bomb Nature back to the stone age, when it just played good and provided us with caves to live in and, uh, fire.”

That was pretty good. I’ve changed me mind – I think you deserve to be named.

Channeling Pascal (The source of all man's misfortune is his inability to stay in his room) the serge confides, "In my day, we didn't call them love hotels - we called them sex hotels." Begging the question, Vuvuzela avec moi, ce soir?, BT readers get so much pleasure out of his columns they...ought to be punished.
View all posts by the serge →
This entry was posted in Japan and tagged Ban Ki-moon, BLT, Canaduh, copycat quakes condemned, japan earthquake, ray goolens, smia oots, the American barack obama, the british barack obama, the brutal times, the canadian barack obama, tremblor, twitter, Young Seaweed, youthquaking. Bookmark the permalink.