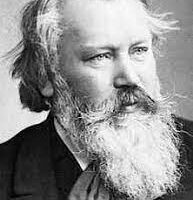 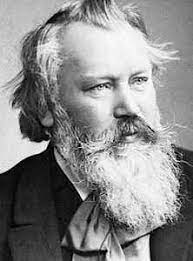 Brahms speaks to reporters moments before he was shot on Friday.

By DJ Salinger, Paris, THE LOUVRE – Brahms was shot dead in front of this city’s first Taco Bell  on Friday by a fan who said he was upset at the pianist’s new musical direction and clothes.

Police declined to arrest the man as they said his explanation for his actions “seemed credible.”

American tourist Serena Bleen said she heard a shot that sounded like a shot and saw Brahms keel over as if he was keeling over.

She said she thought of helping him but was halfway through her burrito and wanted to finish it because she only had a half hour for lunch.

Bleen said she was not familiar with Brahms’ music as she “doesn’t listen to the radio.” But she said she thought he was a little old to be wearing floods and no socks with his dress shoes. “He had these veins on his ankles,” she said, making a gross-out face. “You know, those old-guy veins.”

Brahms was in Paris to cut a new record, his first in two centuries. He had enlisted renowned hip-hop producer Jimmy Jam-san to “help out,” but said in November he was intent on producing it himself.

“There were some good jams,” Jam-san said Monday evening after The Brutal Times faxed him to get his take Brahms’ death. “One sounded a bit like ‘Another One Bites The Dust,” he said, in reference to the song by Queen.

Brahms, a longtime fixture on Europe’s classical music scene, got his start as a sideman in Ludwig von Beethoven’s band, Beethoven. But Brahms soon departed, not content to double up on Beethoven’s riffs.

The two pianists often quarreled, according to Beethoven biographer Hoover Mitz. “One time, when Brahms told Beethoven he wanted to do something “a bit more funky” Ludwig went berserk and hurled his solid-gold piano stool at him,” Mitz said.

“Another time, when Beethoven accused Brahms of ‘ripping off’ his trademark bed-head hairdo, Brahms started tearing out large clumps of his hair and throwing them at Beethoven.”

Video of the arguments quickly went viral, Mitz said. One one-second video posted on Tik-Tok racked up 10 billion views in one second, according to internet assessment group MyGoodies.

Still, despite such attention, many people in Paris seemed to have forgotten about Brahms by the time he was shot to death on one of their streets on Sunday.

“Who he?” said conductor Yves St. Laurent, when asked about Brahms, and quickly went back to staring at his iPhone.

“How come you don’t care ’bout Brahms?” I asked.

“A lot of his songs’ve been used in movies.”

“Ghostbusters…mmm..maybe I do know him, then.”

“Stop playing around. But you really should know him, being a conductor and all.”

A bit of a toff, really, Admin inhaled the classics early. His ears are ringing and he plans...to answer them.
View all posts by admin →
This entry was posted in Exclusive!, Latest Brutality and tagged brahms, Brahms shot dead in Paris, dj salinger, the brutal times. Bookmark the permalink.