Don’t Ask, Don’t Tell to be Extended to all Branches of Government

By Barry Hussein, WASHINGTON D.C. – Showing a flash of pizazz, U.S. President, the American Barack Obama has ordered that the U.S. military’s controversial “Don’t Ask, Don’t Tell” policy, which requires that service members not ask or disclose their sexual orientation, be implemented in all branches of the U.S. Government as of Christmas Day.

“So, when you, say – let’s say you’re going into a – Department of Motor Vehicles, AND – you want to…renew your driver’s license…AND – you walk up to the counter and you say to the person working there, “Hi, I’m just wondering where I go to get my photo taken.” Well, as of December 25th…2010…you’re not going to be able to ask that question anymore, unless you want to be arrested and… they’re not going to be able to tell you where to get that photo taken…unless they want to get arrested themselves, too,” Obama quipped. 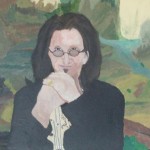